From a previous leak, we had found out that the second-gen Motorola Moto E LTE will be hitting Verizon, and that has finally happened. The carrier’s prepaid section is now selling the handset at $99 which is the same price at which Sprint is offering the phone through its own prepaid channels.

It should be noted that this is a no-contract deal, and that’s what makes it attractive. Verizon has revealed that it will be offering flexible plans with the second-gen Motorola Moto E, to help buyers in choosing the right amount of LTE data to suit their needs. 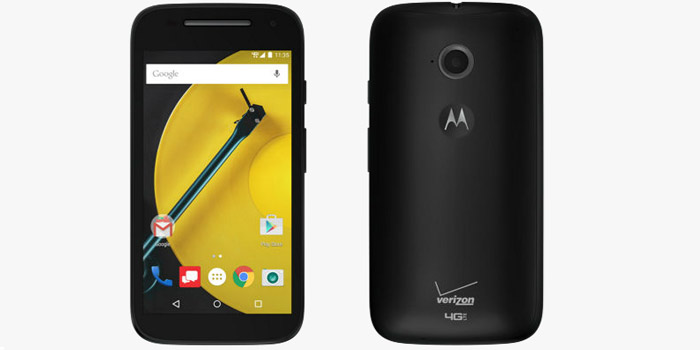 This Android 5.0 Lollipop-running Motorola smartphone sports a larger display than its predecessor, and grants improvements in other departments as well. Firstly, there’s a quad core Snapdragon 410 processor onboard, apart from a front camera that was missing on its precursor.

Also read: Moto E (2nd Gen) LTE model put on sale via Sprint and Boost Mobile in the US

And while the previous Moto E too featured a 5MP snapper, the one on the second-gen model offers autofocus and 720p HD video recording. The near-stock Android software of this phone has been laced with trademark Motorola additions like Quick Capture, Motor Display, Moto Assist and more.

A quick glance at the specs of the Second-gen Moto E LTE: 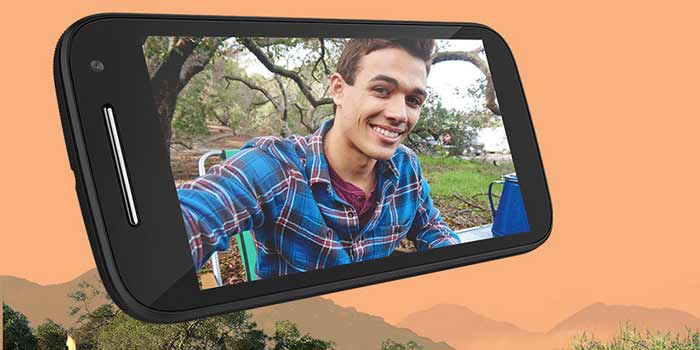 Those in the US who are interested in buying the second-gen Moto E LTE smartphone via Verizon prepaid, can head over to the carrier’s official online store and snap it up for its ultra-affordable retail value of $99.