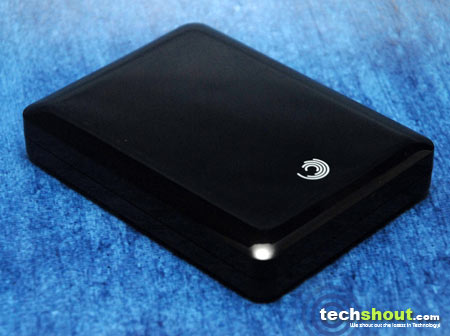 Seagate’s portfolio of HDDs includes the FreeAgent Pro, Desktop and Go lineup offered in capacities ranging from 60GB to 3TB. Newer additions to the FreeAgent lineup welcomed drives like the GoFlex and Xtreme. With a name like FreeAgent GoFlex, Seagate’s ultra-portable HDD in this series flaunting about 1TB of storage space got us quite curious. After all, Seagate did seem to convince just how flexible hard drives could get with this one. The restructuring of models in this range gave the company the enthusing ability to supply a host of cable modules that could be employed with a single drive. Of course this directly translated to upfront flexibility when connecting the drive. So we sure want to believe Seagate when they’re telling us that the Seagate FreeAgent GoFlex ultra-portable model that we’ve received for a review is the world’s most upgradeable hard drive. Not without thoroughly scanning it though.

The hard drive’s packaging was fairly simple with the drive in question and an 18-inch USB 2.0 cable accompanied by the GoFlex USB 2.0 interface adapter. A quick start guide was wrapped in too while Seagate backs the drive with a three-year limited warranty. The unit we received boasted of a voluminous 1TB storage capacity while it can also be availed in 320GB, 500GB, 750GB and 1.5TB options. Our review unit also tagged along the FreeAgent GoFlex upgrade USB 3.0 cable and interface adapter so that we could test the drive’s versatility all through. But, more on that later. Unlike a handful of HDDs we’ve seen off late, this Seagate offering has a full squarish demeanor. Giving it that brawny appearance is the obvious fact that the curves along the four corners typically spotted are amiss. The drive feels much heavier in the hands and walks the weighing scale at 280g. Its dimensions are approximately 120 x 89 x 22mm. 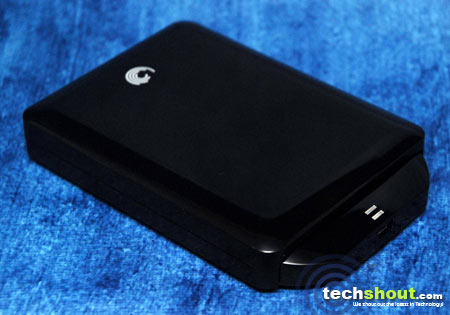 The front face of this FreeAgent member has a glossy exterior with just the Seagate logo on the top. The back is finished off in matte and details out all you’d need to know about the patents and FCC test requirements the drive’s adhered to. The Seagate FreeAgent GoFlex we received came pre-loaded with Memeo backup encryption software and the NTFS driver for Mac. Getting into the nitty-gritty of things, it’s quite evident how Seagate has refashioned the models in this series so that they are detached from the bridge board. This is what actually gives them the innate ability to shift from the SATA interface to a different connection minus any hassles. So yes, you can get it hooked up to any interface or cable that catches your fantasy right from USB 2.0 and USB 3.0 to FireWire 800 and eSATA. Plugging in the drive to our laptop was simple plug and play and the drive showed about 931.51GB of available storage space.

The wide usability of the drive over a host of interfaces had us testing it over many devices. We put to use Asus’ G53 gaming notebook supporting USB 3.0 and eSATA ports as also the direct SATA when using the drive on our desktop. You’ll see the speed improving or running a bit slow depending on the interface and your computer configuration. On par with any USB 2.0 HDD, the USB 2.0 adapter of this Seagate offering delivers average read and write speeds of 32.81MB/s and 28.1MB/s respectively. Even when we transferred a single large file of 8.2GB, the read/write speeds averaged at 29.6MB/s and 26.42MB/s. There wasn’t much of a difference with multiple small files either. With the convoyed USB 3.0 interface adapter and cable, the read and write speeds were fairly applaud-worthy if not the best among the breed. In the USB 3.0 tests, our GoFlex unit coughed up a decent 88.25MB/s and 81.5MB/s for the read and write speeds respectively. The read/write performance in this class isn’t good enough when compared to the average USB 3.0 speeds offered by other manufacturers. 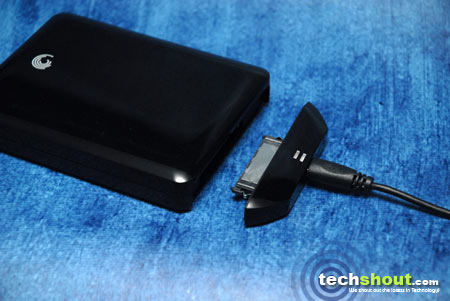 Our only real grouse about the Seagate FreeAgent GoFlex was its very noticeable vibration during power-intensive transfers. With the USB 3.0 adapter attached, the drive was slightly hotter than it was in the USB 2.0 interface. The need to get through a duo of connections to fix the drive to your computing device could also be seen as a problem by a host of users. While fastening and unfastening the module connections is rather simple, it does need you to apply a bit of force which does raise questions on the drive’s sturdiness in the long run. We weren’t as convinced by the included Memeo backup software too. While it was functional, it did seem too loaded with only basic attributes and nothing really enhanced. 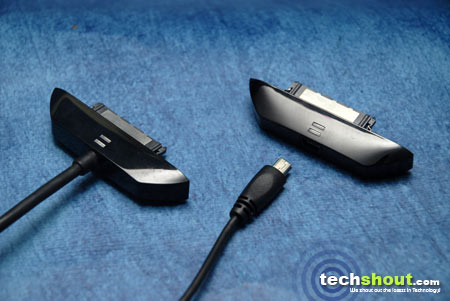 The HDD sticks to its name at being practically as flexible as it can and should work fine in environments where different connections are a norm.

The GoFlex ultra-portable drive steps up as a great way to expand your computer storage.

The FreeAgent GoFlex HDD feels a bit too heavy in the hands.

It gets slightly warmer in USB 3.0 interface.

If you do compare the USB 3.0 performance of this drive to existing offerings, it’s noticeably slower.

Being able to make the most of the hard drive thanks to its extensive flexibility is probably one of the features that nodded in with us the most. The drives versatile use of SATA data + power connector doesn’t hinder it from being a great external storage solution too. While the USB 3.0 performance offered by the drive may not match a handful of competitors, it’s nevertheless one of the fastest storage devices we’ve spent time with lately. Of course you’ll have to shell out some extra bucks for the optional USB 3.0 adapter that’s backed by 90 days warranty and cost Rs. 1,750. We give the 1TB Seagate FreeAgent GoFlex drive which will set you back by Rs. 9,000 a 8.7 out of 10 for all the niceties it had on offer. It’s upheld by a 3-year warranty.