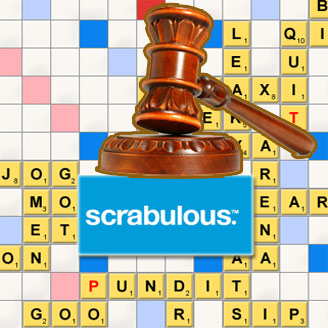 The makers of Scrabble are now trying to shut down the hugely popular online version of the game known as ‘Scrabulous’. Hasbro owns the rights to the original game in the US and Canada, and El Segundo, Calif-based Mattel own the rights of the game elsewhere.

Hasbro has gone ahead and issued legal notices to two Indians namely Jayant and Rajat Agarwalla for copyright violation of the word game Scrabulous. The Agarwallas made Scrabulous and put in on social networking site Facebook in June 2007.

Interestingly, ever since Scrabulous was put up on Facebook, it has become more popular than ever with around 2 million people who play the highly addictive game on a daily basis.

The Agarwalla brothers from Kolkatta, a southern state of India have been served legal notices by the US-based toymaker Hasbro. This notice kind of surprised them as they didn’t really think about copyright violation before they put up the game on Facebook.

In fact, the brothers claimed to have sent an email to Hasbro seeking permission to use their version of Scrabble on the Internet. However, they stated that Hasbro did not reply to them.

According to Jayant, a final-year BCom student at St.Xavier’s College, “We are working on two more gaming sites. The first will be a chess application on the networking site, while the other will be for children. We already had a version of Scrabble on our website, which was launched in July 2006. The online gaming application on the networking site was introduced in June last year.”

It must be noted that there are authorized Scrabble games online. However, Scrabulous has managed to gain a lot of popularity as it is a free game and is easy and a lot of fun to play. Moreover, it is easily accessible on Facebook.

In so popular is Scrabulous, that Facebook users, who are famous for starting their own groups for different reasons, have already started a “Save Scrabulous” group on the social networking site. The group urges others to spread the word and lodge protests with the companies by posting web links to the Hasbro and Mattel sites.

John Williams Jr., executive director of the National Scrabble Association, said the group was hopeful the companies could work out some sort of agreement. While most competitive Scrabble players don’t play Scrabulous, he said the online game was a great way to introduce young people to the traditional board game.

“We’re thrilled over anything that gets people playing more Scrabble,” he said. “Our goal is to recruit them from the Internet and get them playing on a Scrabble board with a person sitting across from them.”