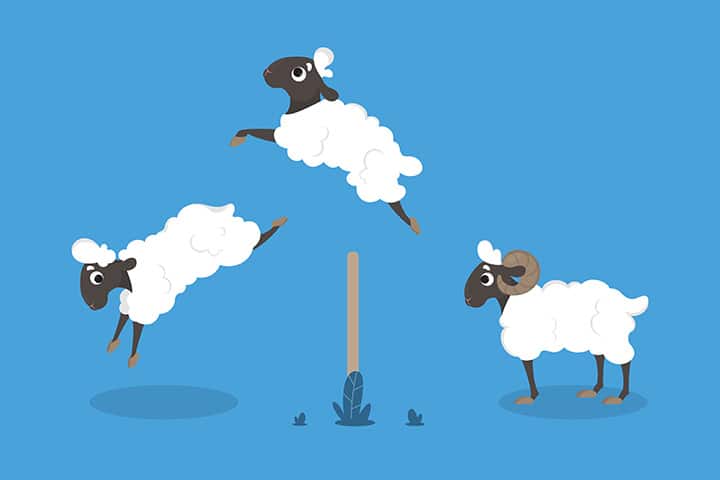 Did you know that some people cannot draw a mental picture because they have a recently-characterized condition that causes a lack of visual memory? A new study has examined how this rare condition called aphantasia causes blind spots in the mind’s eye.

In fact, the phrase “mind’s eye” may be meaningless to aphantasic individuals, suggests the study published in the journal Cortex.

This condition can be congenital or acquired through trauma.

“Some individuals with aphantasia have reported that they don’t understand what it means to ‘count sheep’ before going to bed,” said Wilma Bainbridge, Assistant Professor at the University of Chicago in the US.

“They thought it was merely an expression, and had never realized until adulthood that other people could actually visualize sheep without seeing them.”

Bainbridge, who is an expert on the neuroscience of perception and memory, decided to experimentally quantify the differences between aphantasic individuals and those with typical imagery on a specific set of visual memory tasks.

READ: Smart Glasses That Track Your Brainwaves And Allow You To Control Video Games Developed

The goal was to better characterize aphantasia, which is little-studied, and tease apart differences between object and spatial memory.

For the study, Bainbridge and colleagues showed photographs of three rooms to dozens of individuals with both typical and limited imagery.

They then asked the participants in both groups to draw the rooms, once from memory and once while looking at the photo as a reference.

The differences in the memory experiment were striking: Individuals with typical imagery usually drew the most salient objects in the room with a moderate amount of detail, like colour and key design elements — a green carpet, rather than a rectangle.

Individuals with aphantasia had a harder time — they could place a few objects in the room, but their drawings were often simpler, and relied at times on written descriptions.

For example, some wrote the word “window” inside an outline of a window rather than drawing the windowpanes.

While people with aphantasia lack visual imagery, they appear to have intact spatial memory, which is distinct from imagery and may be stored differently, according to Bainbridge.

People who are congenitally blind, for example, can still describe the layout of a familiar room.

As such, individuals with aphantasia were able to place the objects that they did remember in the correct location within a room most of the time, just like those with typical imagery, even though they couldn’t remember many details.

And surprisingly, even though people with aphantasia remembered fewer objects overall, they also made fewer mistakes, said the study.

Recognition is also not affected: People with aphantasia knew which pictures of rooms they had already seen when shown them a second time, and also recognize family and friends — though they cannot visualize their faces without seeing them.

Aphantasia has only come to light recently as a psychological phenomenon.

Since aphantasia affects only a small percentage of the population, the researchers recruited participants from online forums where people with the condition have shared their experiences to ensure a large sample size of 61 aphantasic individuals and 52 controls with typical imagery.

The drawings of both groups were scored objectively by almost 2,800 online volunteers.