TechShout
Home Science How Emerging Tech Helps To Track And Trace The Virus And Maintain... 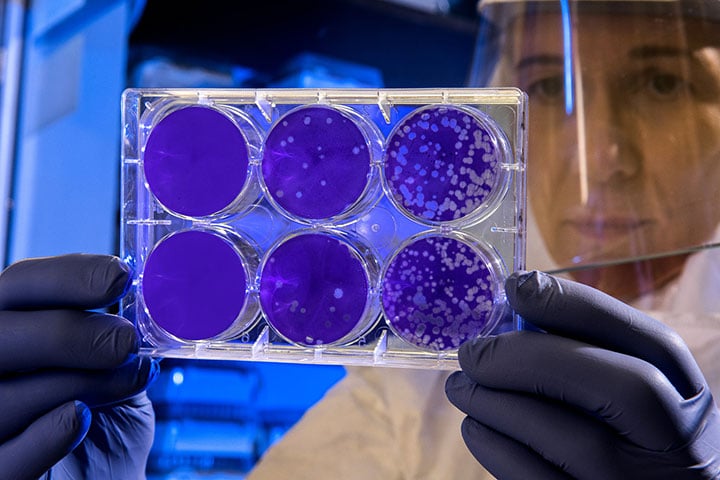 The pandemic forced some minds that had previously been closed to technology’s potential to open. For instance, many Americans depended on the traditional way of life and used to fear the use of Big Brother-style controversial surveillance technologies. But the virus prompted a new acceptance of experimentation in order to help track and trace the virus and maintain public health. But the question is, will this open-mindedness last long?

The cameras that can read heat signatures on objects and people were used traditionally in industrial and military settings, but they also proved to be useful in navigating the pandemic and evaluating illness.

The FLIR system discovered the new instrument; those are thermal cameras and sensor vendors. They start to market their product as a way to screen people with high temperature. The camera used to read the signature of the heat to individuals.

The world business director of the business Chris Bainter together with FLIR discussed the pandemic. They suggested that the company install its screening fever system at the Pentagon Visitor Centre beginning of June.

However, today many security firms across the world have realized the thermal camera as a profitable business from after FLIR started. The tools are now used in a different part of the world to reduce the spread of the COVID 19.

Although medical imaging won’t help detect if you have a virus, it only assists in showing if you have an abnormal temperature or not (high temperature is one of the coronavirus symptoms, and the camera is used to measure fever). Such a system was created to alert you if you have a temperature above 37-degree centigrade. It also uses AL-facial to identify specific people.

Medical images have been the largest and fastest-growing data source in the healthcare industry, accounting for 90% of all medical data by IBM researchers. A particular interest in medical image analysis using artificial intelligence remained during a pandemic, as it helps to redefine diagnostics and treatment and minimize adverse effects.

Apart from preventing and curing respiratory diseases, learning-based systems can be instrumental in cancer identification and detection of heart attacks. But it’s not that simple with AI – in most cases it can be time-consuming and expensive, as for the mechanism to work reliably, there’s a need for large volumes of training data.

When used responsibly, AI is capable of solving some of the tough problems around medical imaging and can be applied to building enterprise-grade solutions tailored to particular medical needs.

The Kansas Department of Health and Environment used the “Social Distancing” dashboard and based on anonymized phone GPS data showed the spread of the virus. It also made conclusions on what communities adhered to pandemic rules such as keeping away from places like restaurants, stores, and hotels.

Companies like Google and Apple, the Massachusetts Institute of Technology made their contributions in helping to stop this pandemic. MIT platform used GPS and Bluetooth for logging individual locations and tested people who are coronavirus-positive. It also provides the health institution the exact place the person is located. They use a web app to redact personal identification from the area then release information to the public.

Some medical imaging, such as a Safe path, have the same app and have important skills to reopen the economy. The organization of health needs people to find a test for themselves.

Early April Google and Apple announced they are working on a similar software kit to help people with android, iOS using the app to make work easy for the health institutes. Both companies are soon planning to release Bluetooth-based contact tracing platforms that will enable many people to test themselves. The idea will be of benefit to people of the United States and across the world.

In Virginia, they began to use robotic cargo devices to deliver food from restaurants and markets to small cities.

The robot can travel on both rain and snow remotely since it is controlled by the human operator. If you want to benefit from the new technology, download the Starship app where you can choose and order the item you need. It works simply. It works like this robot will bring the issue, then the shopper receives an alert by unlocking the app through the device. However, it works only in five countries and in the United States operates from all college campuses. They believe this kit will reduce the spread of the COVID19.

Most of the cases are applied to the machine to reduce the rule of social distance. The drones are being used in overcrowded places; the louder speaker will be sent a message to urge people to disperse. Some countries like Spain and China have used drones as a measure and monitor keeping a social distance.