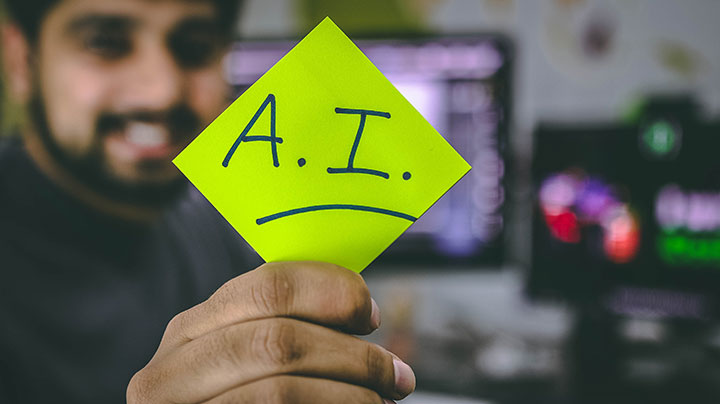 There is no doubt Artificial Intelligence (AI) is the perfect ally to augment human capabilities and automate whatever can be automated, bringing the efficiency of operations higher than ever before. That is why it has rapidly caught the eye of thousands of businesses all over the world and driven the boom of IT staffing services and software consulting on the matter.

By now, most of us are already used to the constant presence of AI algorithms driving some of our everyday tasks. What’s more, our homes, workplaces, and classrooms are embracing the power of this technology and becoming “smart”. No wonder other spaces are already contemplating the inclusion of AI in their work. Among them, prisons are the most notable case.

Prison managers are asking themselves: can AI bring as many benefits to their industry as it has to many others?  Can AI be implemented into the daily life of inmates and guards just as it is done on the outside?

Both are tough to answer, but the time to do it is now. Here are a few ways Artificial Intelligence is being used in the prison industry.

Last year, the Yancheng Prison in China received government funding to build a new AI-powered surveillance system from scratch. Why this prison in particular? Well, because it currently houses some of China’s highest-profile criminals, including former high-ranking officials who fell by a widespread anti-corruption crackdown.

The goal of this project is to access real-time monitoring via networked hidden cameras and sensors placed in every cell. Using facial recognition and movement analysis, the AI can recognize and track every inmate around the clock. The South China Morning Post reported that the network will stream all the data into “a fast, AI-powered computer” that will generate daily reports that detail each prisoner’s behavioral analysis.

This system was also designed to flag suspicious behavior and alert guards when it finds any activity it registers as abnormal. Meng Qingbiao, the project representative, explained to the South China Morning Post that “if an inmate has been spotted pacing up and down in a room for some time, the machine may regard the phenomenon as suspicious and suggest close-up check with a human guard.”

In August of 2016, two lock knives were thrown over the walls of the Altcourse Prison in Liverpool, which initiated a forceful lockdown and a lot of chaos. However, this was not the first time they encountered this type of situation: smuggling was already becoming uncontrollable, to the point where they even had to bring in a cherry picker to clear drugs from their roof.

So G4S, the company in charge of running the prison, decided it was time to implement Artificial Intelligence algorithms to scale the capabilities of their current CCTV system. A few months later the prison installed video analytics software that would constantly monitor its security cameras and alert guards of any suspicious behavior.

Not only that, but the software is also able to identify items such as phones, drugs or weapons. As a result, the Altcourse has significantly reduced the rate of false alarms and increased the response speed of incidents. The system actually helped prevent a guard from smuggling drugs into the prison in 2018.

Just a few months ago, a large number of US prisons initiated a joint effort to monitor millions of inmate calls. Using speech recognition, semantic analytics, and machine learning software, the AI algorithm was able to build extensive databases of searchable words related to further criminal activity. Interestingly, inmates continue using this type of language after being notified that their call may be recorded.

In one case, the technology was able to identify a problematic call earlier coming from Suffolk County, New York. The inmate threatened to kill the judge and prosecutor in his case after his release from prison. Similarly, in Jefferson County, Alabama, authorities discovered that an inmate was running a prostitution ring from prison after he complained that a sex trafficking victim was too far away to control. The police found the victim at an Alabama hotel and arrested her handler.

It’s useful but… should we use it?

While no one can’t deny AI is extremely powerful, it is nowhere near being perfect. Before mass implementing systems like the ones mentioned above, we must be sure that the algorithms can achieve their goals reliably. Otherwise, people in charge could start making decisions based on unworthy data. It’s not hard to imagine AI being used to punish the wrong individual, who might have little recourse given courts’ history of giving deference to prisons’ disciplinary decisions.

On one hand, AI prison systems rely heavily on video data, namely facial recognition and movement behavior analysis. However, these systems (particularly Amazon’s Software Rekognition, which has already been sold to police departments) are notoriously bad at identifying black and brown faces, particularly those of women.

Furthermore, identifying abnormal behavior is not an easy feat, even for AI. Developing appropriate metrics to tell machines which behaviors are unusual and which ones are not—or better yet, which ones could represent danger and which ones not – is very hard.

Not only that, but this type of surveillance could create an aggressive psychological pressure environment that displaces the natural behavior of both guards and inmates. In other words, intense surveillance could harm rehabilitation efforts by creating an atmosphere of distrust and control.

AI is not able to perform judgment calls the same humans would. Considering the rights and dignity of prisoners necessary for successful rehabilitation, it’s critical that prisons thoroughly evaluate the costs and benefits of prison tech. The main goal is to reduce burdens on human staff and augment their ability to provide safety, support, and education to inmates. As the industry embarks on its digital transformation, all there is left to do is to proceed with caution.

How Technology Is Changing Healthcare