Science Fiction books, movies, and television shows have been eerily predicting the future for generations. Do sci-fi writers have near-supernatural psychic powers or do they just have amazingly accurate imaginations that continually inspire investors and engineers? Either way, it seems we owe a lot of our favorite technologies to sci-fi books to some degree. 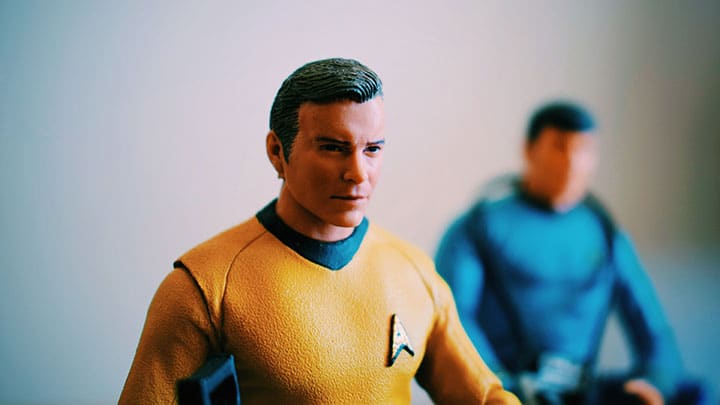 According to an article in The New York Times, top-tier designers for companies like iPhone, Amazon, Ford, and Boeing all credited science fiction with inspiring some of their best inventions. You could say that writers look at the world and say, “what if this thing existed?” Then, inventors come along, read that idea, and wonder, “how could I make that idea a reality?”

It’s happened before. For example, a book called From Earth To The Moon was written by Jules Verne in 1865 about space travelers that landed on the moon. The book not only predicted we would land on the moon (which happened about 104 years later) but also got a lot of details right, including the shape of the spacecraft. Several military vehicles were also predicted in science fiction including the submarine and the tank.

Star Trek books, movies, and TV shows have long been credited with things like flip-phones, tables, and even our attempts at the holodeck by inventing virtual reality. We may soon be getting other real tech advancements from old Star Trek ideas as well.

Modern medicine can also trace some of its breakthroughs to predictions made in sci-fi. Aldous Huxley wrote Brave New World envisioning a concept of using pills to cure depression and trials began on the first antidepressant almost two decades later. You’ll also find mention of bionics all throughout older science fiction novels and we now use bionics in creating life-like prosthetic limbs.

These are just a few examples of science fiction predictions that have become reality already.

We are now looking forward to seeing what the next 10 years will bring and what exciting developments we’ll see from our favorite sci-fi books. Here are five predictions that are just around the corner from reality. 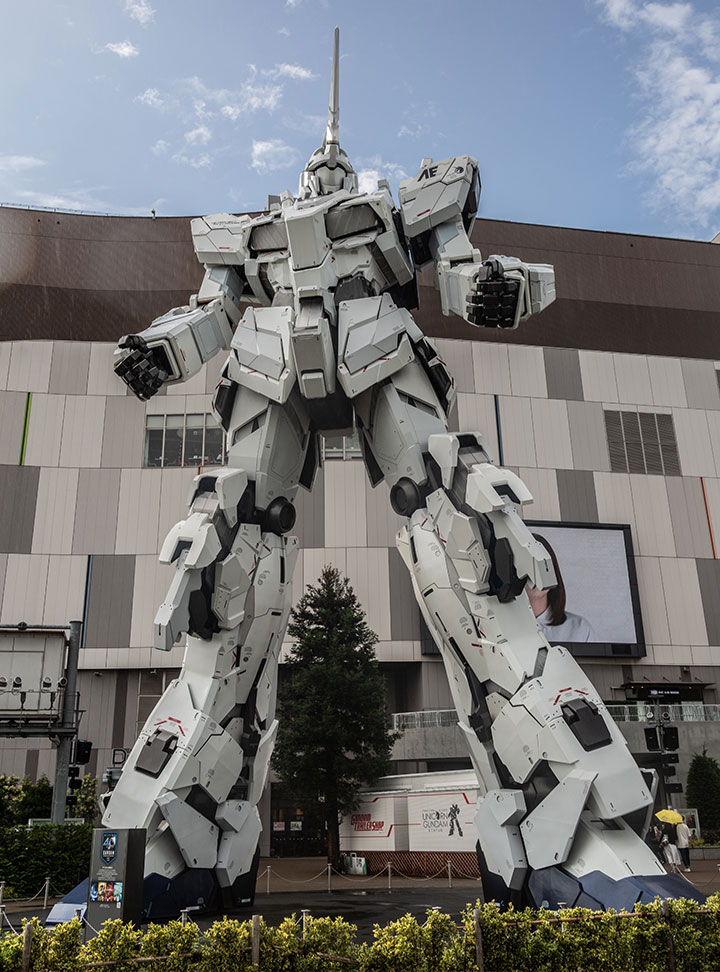 Exoskeletons are already being developed for anticipated military use, hoping to improve the physical capabilities of soldiers. They may be able to run faster, lift heavy objects, and have less strain on the body.

One of the most famous exoskeletons in sci-fi is probably the Iron Man suit from comic book fame. One popular sci-fi book that heavily talked about exoskeletons was Starship Troopers by Robert Heinlein. Now that it’s 2020 we are predicting that exoskeleton advancement will come out of testing and into useful applications within the next 10  years. 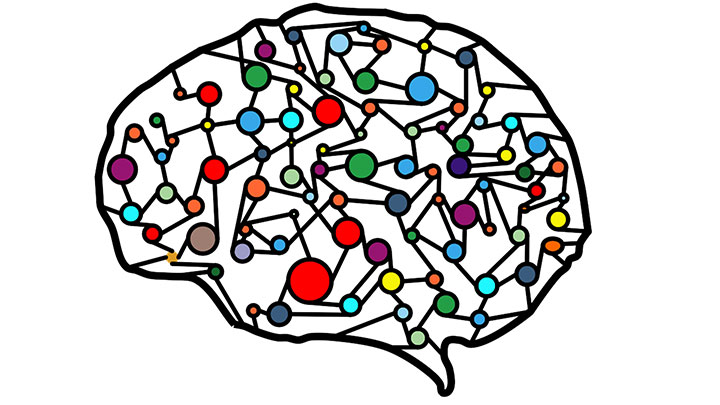 Advancements in Artificial Intelligence (AI) have already started to resemble some spacey movies and books of the past. It’s especially apparent when it comes to automation and the way we talk to computers (like Siri and Alexa). Bill Gates predicts that AI development in language and speech patterns could allow voice assistants like Siri to be able to fill the role of a human secretary completely within the next 10 years. A recent sci-fi short story anthology book made many near-future predictions about our budding relationship with AI.

A large number of great science fiction writers have fears that robot technology will go too far and the human race will be enslaved by machines. While we’re probably more than a few decades away from that type of AI, there are new exciting developments in automation, robotics, and voice assistants each year. 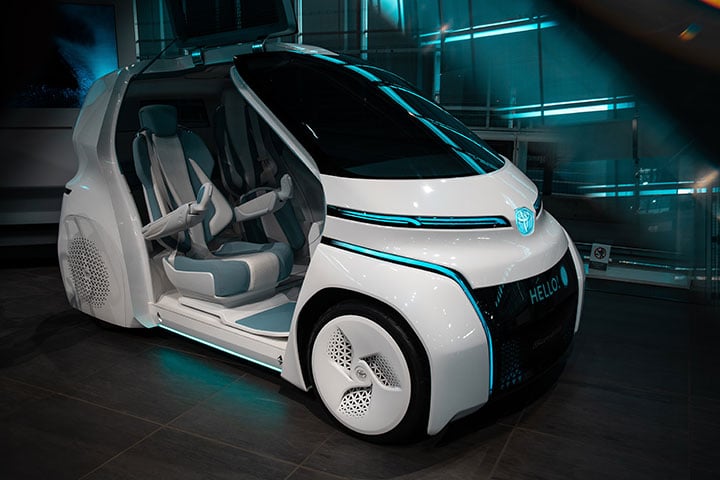 Flying cars have long been on science-geeks wish lists and while the technology might be right in front of us, large cars zooming through the air piloted by everyday people would be a logistical nightmare. Instead, let’s focus on the next best thing, self-driving cars. These already exist but over the next 10 years, they could even become commonplace.

In 2017, Vivek Wadhwa wrote The Driver In The Driverless Car, that predicts many advanced in driverless tech in the near future. A Tesla can already valet-park itself and some cars can take the wheel on a highway. In the future, you might be able to summon a self-driving Uber-type taxi using your AI secretary. You’ll use your phone to pay for the ride and not have to listen to any idle chit-chat along the way. Driverless cars will also probably be used for food and package delivery before you see them in the mass consumer market.

#4. Revolutions In The Food Industry 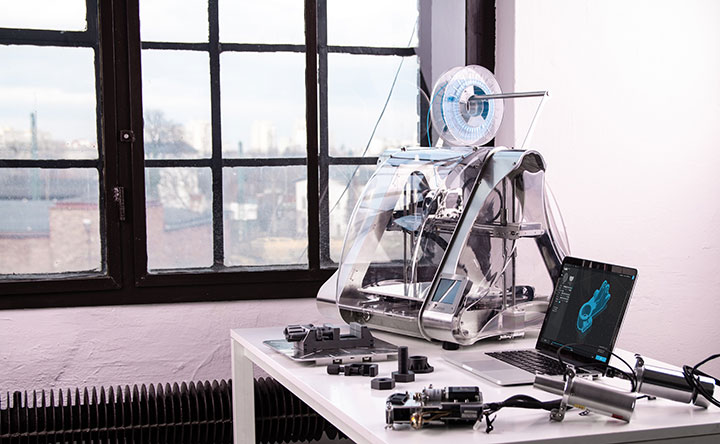 Star Trek introduced the idea of a “replicator” which was a computer-generated food making machine. It generated the food from some plant-based material since they no longer enslave animals for food in the future, but the exact mechanics are left to your imagination. Inventors have nearly cracked the code on this one with 3D printers that can make anything you want out of a wide variety of materials. We are now seeing edible materials as well, which is a stepping stone to being able to replicate food in the future. Science fiction books like Margaret Atwood’s Oryx And Crake and The Year Of The Flood also explore the future of plant-based food that would solve a lot of our climate issues. 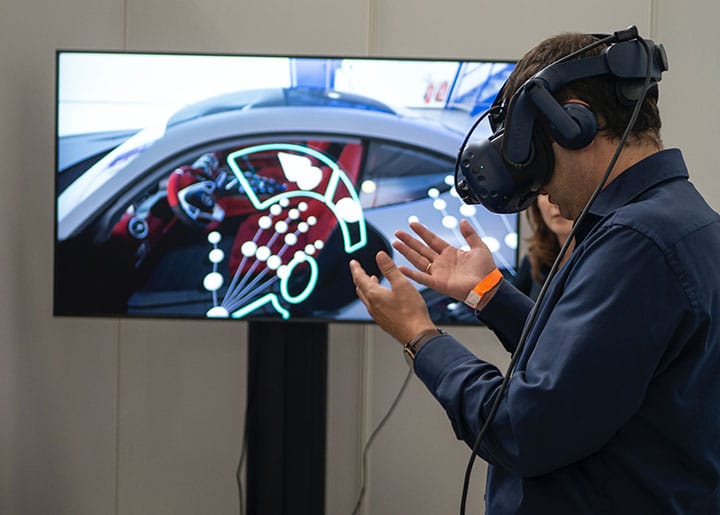 Ready Player One, and older book that got a revival with a new movie recently, shows us the possibility of CGI augmented and virtual reality worlds so realistic that people get addicted to them. The cool thing is, we probably aren’t that far off. We are already seeing stunning advancements in VR and the headsets are getting smaller. Wearable tech will also help push the boundaries of how realistic these new digital worlds can become.

If you’re interested in reading more cool science fiction predictions about our future, check out this Cool Things Chicago list of the 22 Best Science Fiction Books Of All Time.