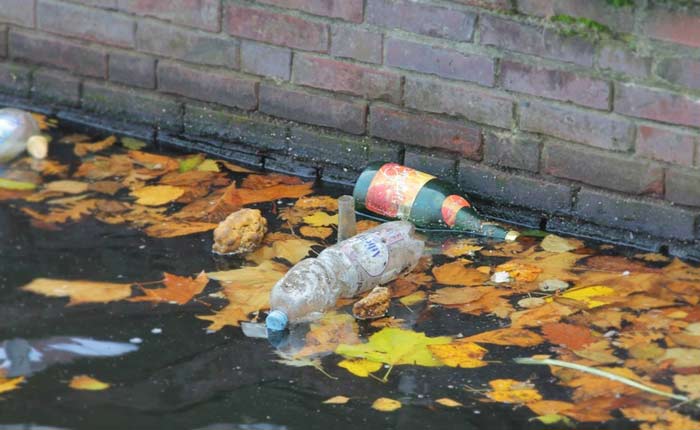 Japanese scientists have identified a species of bacteria capable of eating plastic. Known as Ideonella sakaiensis, these microscopic organisms are shown to be able to enzymatically degrade PET or Polyethylene terephthalate. There’s hope that this finding could address the problem of human beings not knowing where to put their garbage other than in the ground or in the sea.

Sure, we reap what we sow; which means we probably deserve to be drowning in the tonnes of waste produced every day. Even if you share this pitiless opinion of the human race in general, what about the future generations who could be better than us? And what about the wonderful creatures also inhabiting our planet? Until today, only certain fungi were thought to be capable of eating plastic.

But they have proven difficult to grow. The newly discovered bacterium were found near a bottle-recycling facility by the Kyoto University team involved in said study. What’s more, the researchers were even able to pinpoint the two enzymes required to break down PET. It’s highly promising since it means scientists may be able to use the information to artificially cultivate an ecologically viable solution to recycle or decompose plastic waste.

Plastic has been around for about 70 years. It’s possible that the Ideonella sakaiensis strain is a somewhat newly evolved species and has thus never been seen before. The only waste products formed by the plastic-eating process are two environmentally benign monomers – ethylene glycol and terephthalic acid. The former is mainly utilized as a raw material while manufacturing polyester, that awful crap from which cheap clothing and other stuff is made.

Apart from being employed in the production of polyester fiber too, purified terephthalic acid is used by industries for churning out PET bottle resin and polyester film. So you could say Kyoto’s plastic-munching bacteria species fits perfectly into the PET waste recycling process.