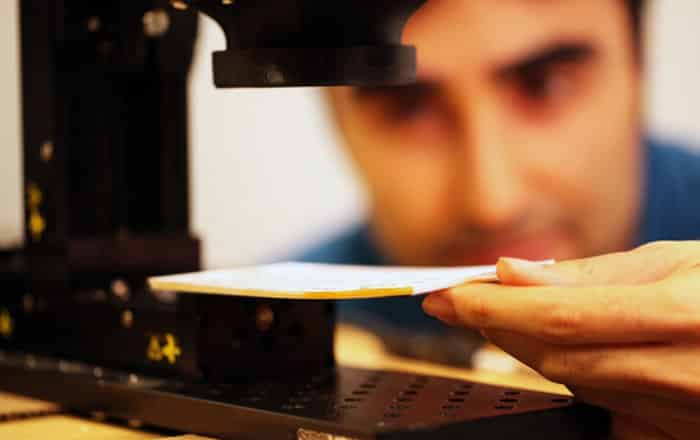 We’ve all heard of the adage you can’t judge a book by its cover, a simple message to encourage people to look past appearances. It seems like researchers at MIT have taken on this saying as a personal challenge, developing a method which can read a closed book and publishing it in the journal Nature Communications.

The MIT team behind the new system used terahertz radiation to make this futuristic technology possible. Unlike the more common X-rays or sound waves, terahertz frequency profiles are able to make out the difference between ink and blank paper. Chemicals absorb the radiation to dissimilar degrees, supplying a unique frequency signature in each case.

The researchers utilized a terahertz camera which emitted short bursts of radiation and then detects their reflections. The amount of time it takes for the latter to arrive allows the algorithms to determine the distance to the single pages of a book. This is crucial information for the next stage of the process.

Also Read: MIT engineers create ‘temporary skin’ which can be peeled off

While one MIT-developed algorithm acquires photos from individual sheets in stacks of paper, the other Georgia Tech-made one interprets these normally distorted or incomplete images into letters. The method is apparently so accurate, it can fool website letter captchas which are meant to verify whether or not you’re a robot.

Sadly, the entire enterprise is still at the prototype phase. It’s been tested on a stack of sheets with one letter printed on each and was correctly able to make out the inscriptions on the first nine papers. Once fully developed, it could prove to be a boon to museums who want to read antique books without having to actually open them and risk damage.