Summary: Researchers from the University of Kansas have proposed a new technique which will help detect alien life on Mars. It’s being tested on Earth right now and may be useful in refining the method employed to find signs of ancient Martian life.

Alison Olcott Marshall and Craig Marshall from the University of Kansas are not exactly interested in looking for little green men. They are instead proposing a new technique which combines Raman spectroscopy with gas chromatography/mass spectroscopy to uncover definitive proof that extraterrestrial life existed on Mars at one point of time.

National Aeronautics and Space Administration (NASA) has claimed Mars once held more water than the Arctic Ocean. It is also known that water is present on the red planet even to this day in the form of ice and as vapor. There’s enough scientific evidence of low-saline, drinkable water having previously flowed on the Martian surface too. 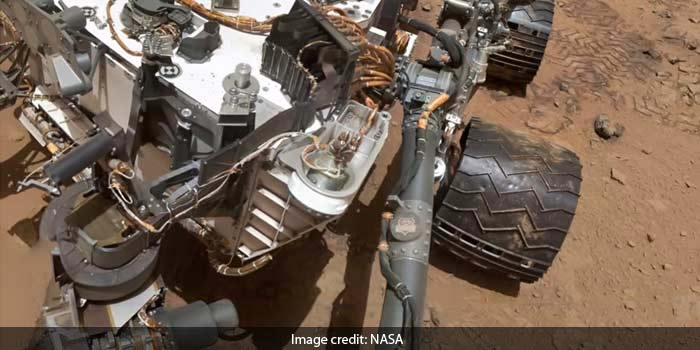 As for the KU researchers’ proposal, they explain that Raman spectroscopy is limited by its inability to determine the origin of carbonaceous material even though it can detect traces of it. So it would be better to supplement the technology with gas chromatography/mass spectroscopy to identify the different elements in a test sample from Mars.

The new technique suggested by Craig Marshall and Alison Marshall could render the process of detecting conclusive evidence of ancient life on Mars more efficient. This far, scientists have mainly checked the feasibility of using Raman spectroscopy on Mars by experimenting with pure salts and minerals synthesized in laboratories.

But the team from KU are extending their line of investigation on the combined technique for recognizing alien life by testing rock samples here on Earth itself, on the Kansas-Oklahoma border. The chemical content of soil and rocks on this field site is similar to what can be found on Mars, according to researchers.