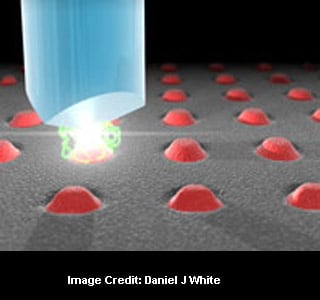 We’d be building a tall story if we said that battery life was among the least of our concerns because it is in fact just the opposite. There are high chances one device is picked over the other only because it has more juice on offer. A nano research by investigators from RMIT University now seems to pave the path for everlasting battery. Recharging laptops and smartphones may just be possible by simple typing.

Moving a step closer towards the tailoring of portable devices capable of being self-powered, the researchers claim to have for the very first time identified piezoelectric thin films that can turn mechanical pressure into electricity. According to the scientists, the findings combine the power of piezoelectrics and microchip manufacturing.

“The power of piezoelectrics could be integrated into running shoes to charge mobile phones, enable laptops to be powered through typing or even used to convert blood pressure into a power source for pacemakers – essentially creating an everlasting battery,” Dr Dr Madhu Bhaskaran, lead co-author mentioned.

He added, “The concept of energy harvesting using piezoelectric nanomaterials has been demonstrated but the realisation of these structures can be complex and they are poorly suited to mass fabrication. Our study focused on thin film coatings because we believe they hold the only practical possibility of integrating piezoelectrics into existing electronic technology.”

The researchers are of the opinion that it is important to have at hand efficient alternative energy solutions. And using them to fashion microchips, a part of budding technology in smartphones and faster computing devices will only make them that much more useful. The challenge Bhaskaran says is to be able to augment the electrical energy produced by piezoelectric materials so as it to have it incorporated in condense structures at a low-cost.

The study is published in the materials science journal Advanced Functional Materials.