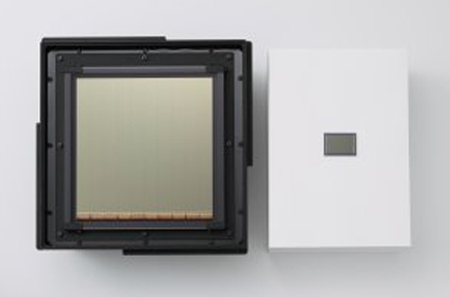 Back in January this year, an 8” Canon CMOS sensor found its way to the Schimdt telescope at the University of Tokyo’s Kiso Observatory, Institute of Astronomy, School of Science. Embedding a chip measuring at 202mm x 205mm, it apparently claims the title of the largest ever surface area for a CMOS sensor.

Add an ‘ultra’ to the large-scale and high-sensitivity descriptions attached to this sensor. Canon says that it’s the largest that can be built from a 12-inch wafer. The device is almost 40 times the size of their biggest commercial CMOS sensor and can capture videos with as less as 0.3 lux of illumination to support it.

The CMOS sensor was installed on the focal plane of the 105cm Schmidt telescope and set to record video at around 60fps. The result was footage of faint meteors showing an equivalent apparent magnitude of 10 across a 3.3° x 3.3° field of view. The telescope-CMOS sensor combination can detect an increased number of celestial phenomena apart from meteors.

This means a clearer look into other space travelers such as debris and heavenly bodies moving within the solar system. The technology has the potential to contribute to better measuring accuracy in calculating the position and speed of such objects. At present conventional observation facilities supposedly find it hard to spot faint meteors with perceptible magnitudes greater than 7.

The footage recorded as part of the experiment by the 8” Canon CMOS sensor will be shown at the Astronomical Society of Japan’s autumn 2011 meeting. The event starts today and goes on until September 22 at the Kagoshima University in Kyushu, Japan.