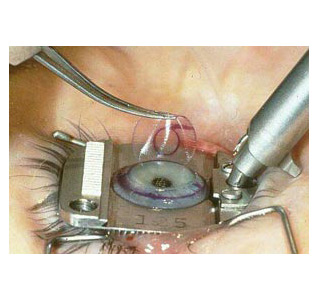 There has been a constant debate on the safety and aftermath effects of Lasik surgery. It’s been quite a while since Lasik surgery has come to correct the woes related to the eye and to get rid of spectacles.

There are some who have reciprocated very well to the surgery and there are a few who have suffered painful side effects as hurting dry eyes, poor vision, glare or night-vision problems. The Food and Drug Administration concluded that 5 percent of patients have returned back with grievances after Lasik.

“Clearly there is a group who are not satisfied and do not get the kind of results they expect,” FDA medical device chief Dr. Daniel Schultz said on Thursday. The study should “help us predict who those patients might be before they have the procedure.”

Lasik isn’t that bad either, 95 percent of patients can see better after surgery and less than 1 percent of patients have suffered poor vision says Dr. Kerry Solomon of the Medical University of South Carolina, who led a review of Lasik’s safety for the American Society of Cataract and Refractive Surgery.

To deal with the issues, FDA chose to lead the way with a public hearing which will warn the risks pertaining Lasik surgery. FDA will also take a closer look on to the complaints in collaboration with the various eye surgeons and run a major study to get clarity on the complaints.