Satya Nadella has been named the new CEO of Microsoft after months of speculation about who will stand in Steve Ballmer’s place. But it’s not the only bit of news from Redmond that’s making headlines. Bill Gates who served as chairperson until now, will take on the role of technology adviser to the company.

The appointment of Nadella comes at an important time for Microsoft. When Ballmer announced his impending exit, he had also outlined a rough sort of roadmap for the company which would see it shifting emphasis from software to devices and services. 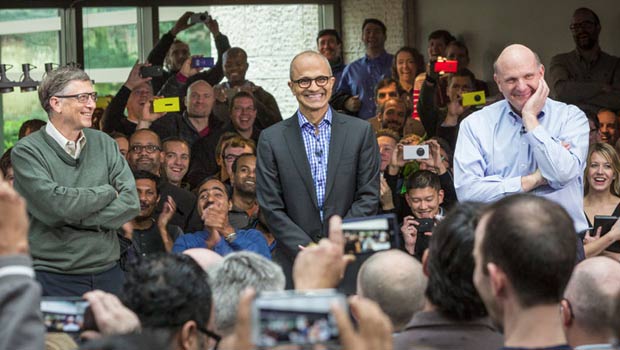 In a letter to Microsoft employees on his first day as CEO, Nadella stressed on the fact that more energy will need to be devoted in the direction of serving a mobile and cloud-first world. Well, you can probably expect great things from the rebranded SkyDrive for starters.

Let’s not forget that the time for Microsoft to take over the reins from Nokia draws nigh. It will be bringing 32,000 employees under its wing (or sacking most, who knows) in this quarter. The tide was clearly in favor of a management-level shakeup.

Who is Satya Nadella? 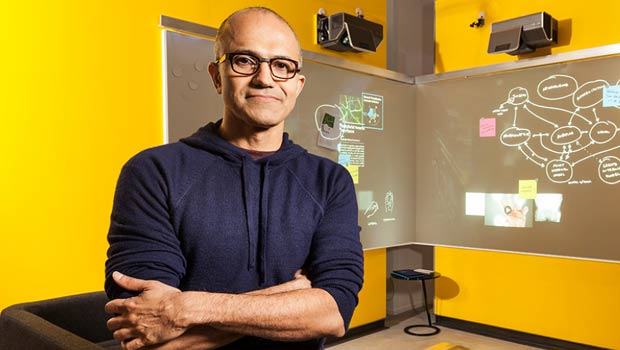 He is 46 years old, has been married for 22 years and has 3 kids. Nadella admits to buying more books than he can finish and signing up for more online courses than he can complete. That’s us after a bout of extraordinarily ambitious daydreams and a large cup of Death Wish Coffee.

“Our industry does not respect tradition — it only respects innovation. This is a critical time for the industry and for Microsoft. Make no mistake, we are headed for greater places,” declares Nadella.

We’re going to dearly miss Ballmer, of course. The level of energy and kookiness he brought to press conferences or launches is not something every CEO is capable of boasting about. But there’s no denying that the time was right for a change.

It’ll be interesting to watch Nadella transition from his previous position as Executive Vice President of Microsoft’s Cloud and Enterprise group to the company’s CEO. We’re especially keen on seeing what the future of Windows Phone will look like.