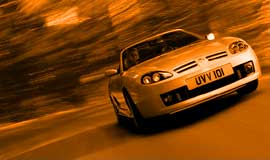 A researcher in Agra has developed a new satellite-based automatic vehicle location device, that once installed can keep track of the vehicle in any part of India. Shailendra Bansal, an IIT graduate, said that his device can also be used to track the vehicle on previous days too, using the software.

This is the first time such a mechanism has been developed in India though similar security arrangements are already in full swing in Western countries.

Anyone having web access and information of the vehicle’s ID can see the location of the vehicle in real time from one of the many different map options available, he added. The data can also be analysed for over-speeding, extra-stopping, maintenance planning and other uses.

A virtual geo-fence can also be created and when the vehicle enters or leaves the geo-fence, an SMS alert will be received on the mobile. An additional feature of the device is that it can immobilise the vehicle by cutting the ignition or the fuel pump by remote in case of theft. An emergency button sends panic signals or a distress message to the call centre.

Bansal said that there was a provision for battery backup good enough to last 16 hours, after the main battery has been disconnected. This system will work in all parts of India.

The AVL hardware can also be moved from one vehicle to another. He uses googleearth as supporting software.

The cost of the device has been worked out to Rs.26,900, which includes taxes, installation charges, SIM card and activation. In addition, there will be a monthly rental of Rs.495 as a service charge, for the SIM rental charges, data charges and call centre charges, Bansal added.

Bansal, who runs a software services firm, loves to experiment. It took him a couple of years to come up with the AVL device. He plans to bring it out in the market soon.

The Indian Innovators Association, a non-profit organisation of innovators formed to help other innovators, when approached by Bansal offered to fund his device. This has come as a big boost to Bansal, who says he has some more useful innovations and wants to bring them to people’s notice.