Sandstone OnePlus 5T may come out in January

OnePlus is at it again, posting teasers about a mysterious new product which is set to come out in January. Some have interpreted the hints to mean that the company will be launching a Sandstone variant of the OnePlus 5T.

Proof of this comes in the form a video and forum post. The former has the brand taking to the streets of London and asking people to put their hands inside a box. Most talk about the smoothness and sandy texture of the product, with some even describing it as feeling like a stone and others as very grippy brushed metal.

The last few outright talked about how similar the material was to OnePlus’ original phones. To recall, the OnePlus One and OnePlus 2 both featured Sandstone at its backs, with the OnePlus 3 going the metal way back in 2016. 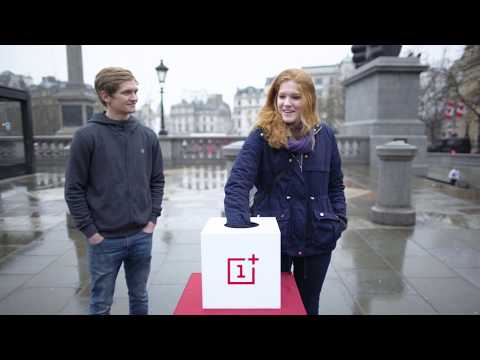 You might assume that OnePlus is just promoting a new Sandstone case for the OnePlus 5T, but there already is one available (see above). In fact, the above mentioned forum post claims that over 30% of the people who bought the handset ordered the cover along with it.

The post itself is a celebration of Sandstone and how it grew to become a favorite of OnePlus and its fans in the 4 years since the company has been around. Apparently, its Sandstone protective cases are its best-selling covers till date.

OnePlus then concludes the topic by asking users to comment on how they feel about Sandstone. Given the amount of chatter, it’s safe to say a Sandstone-based OnePlus 5T would be a popular option, at least among die-hard fans.