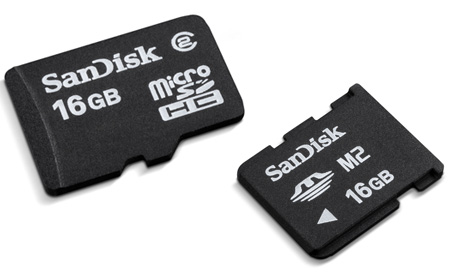 The fingernail sized Memory Stick Micro (M2) card allows users to store their multimedia data including music, videos and images in their mobile phone. While the microSDHC card is compatible with various digital devices including video camera, GPS receiver or a MP3 player.

“Flash memory cards have increased in storage capacity, but even an 8GB card may be too small for anyone with GPS map data, a few movies, a game or two, a presentation file and other applications. There is an acute need for more mobile storage capacity. 16GB gives consumers the ability to carry their digital content with them and still have room to do more with their mobile phones,” added Greengart.

The SanDisk 16GB micro SDHC card is now available in the Indian market for the price of Rs. 4,499. The M2 card for mobile phones is also available for the same price.