Newer smartphones are now allowing users to increase their storage up to a whopping 128GB, and SanDisk has pounced upon the opportunity to introduce microSD cards that support this much memory. But these new products won’t go easy on your wallets, for they have been priced at Rs 9,999.

Introduced initially at this year’s Mobile World Congress gathering in Barcelona, the SanDisk Ultra microSDXC UHS-I card will let you grab enough storage space on your mobile devices to fit up to 16 hours of full HD video, about 7,500 songs, 3,200 photographs and over 125 apps, all at once. 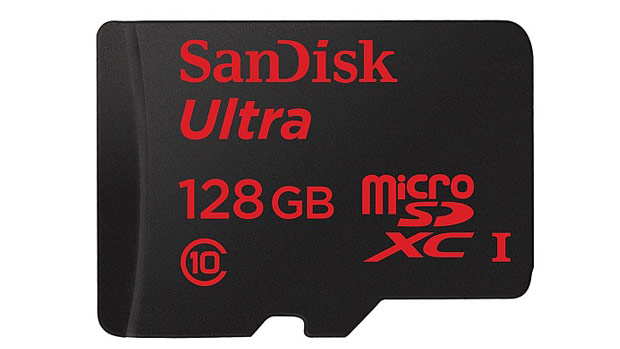 Handsets which support this kind of storage include the likes of the Samsung Galaxy S5 and the HTC One M8. The new microSD card from SanDisk has been revealed to be waterproof as well as temperature proof, and moreover, it can read data at speeds of up to 30MB/s.

Talking about the speeds of microSD cards, Toshiba recently came up with the world’s fastest such storage solutions for portable devices. Created in 32GB and 64GB options, these products have been built on the UHS-II standard and offer up to eight times faster performance than other similar ones. 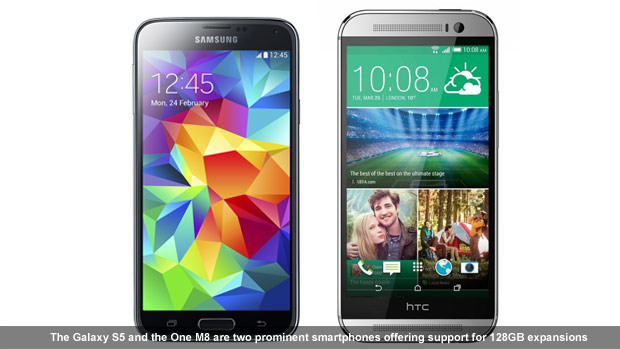 The SanDisk Ultra microSDXC UHS-I card will soon hit markets in India, but those wishing to buy it might want to reconsider that owing to the fact that Rs 9,999 can net them a decent low-end Android smartphone.