Contrary to a previous report, Samsung went ahead and unveiled a successor to the Galaxy Note 10.1 along with the Note 3 and Galaxy Gear at the IFA. The conglomerate has decided to retain the current moniker, but has added ‘2014 Edition’ to the branding for better differentiation. The newly launched tablet is now headed to the US and pre-orders are expected to commence starting today.

The 2014 Edition Note 10.1 brings in various improvements over its predecessor (read our review). The hardware has been enhanced with faster and higher quality components. The first difference is that the 10.1-inch display now features a Super Clear LCD panel that offers visuals in WQXGA resolution (2,560 x 1,600 pixels). The slate will arrive in 2 versions one with Wi-Fi connectivity and the other carrying support for 4G LTE. 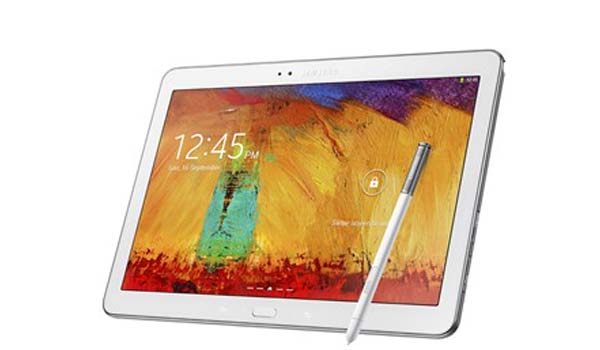 The former is what the US is currently being presented with. The new Note 10.1 sports an Exynos 5420 processor with heterogeneous multi-processing and 3GB RAM. You’ll get Android 4.3 out of the box with a new user interface called My Magazine.

Additionally, the company is throwing in various freebies such as three months of Hulu Plus and SiriusXM, an entire year of Boingo Hotspot, a redesigned Twitter application that’s currently exclusive to the device, and much more. The S Pen is included as well, with enhancements such as S Note, Pen Window, S Finder, Screen Write, Scrapbooker, Action Memo and Air Command.

The 2013 Galaxy Note 10.1 will go on sale in jet black and classic white colors. The 16GB model is priced at $549.99 and the 32GB version comes for $599.99. Both devices will be available on October 10 through Best Buy, Amazon, PC Richards, Fry’s, Tiger Direct, Walmart and the company’s own website.