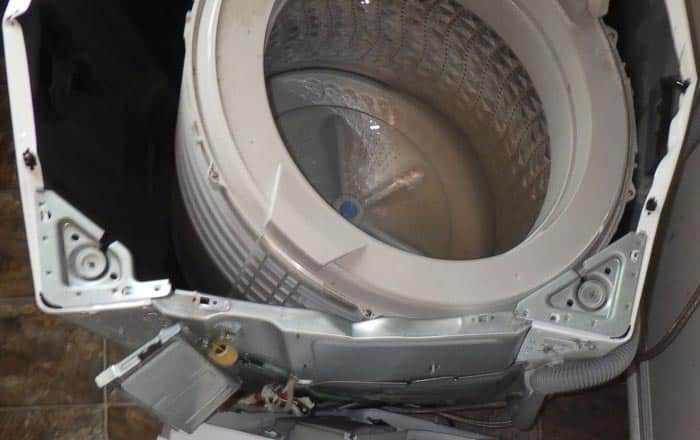 Samsung’s nightmarish month is about to get a lot worse with the arrival of news that even its washing machines are exploding now. Only the manufacturer’s smartphones have been facing the heat so far, but the fresh spate of appliance-related incidents may just spell doom for its other products as well.

The US Consumer Product Safety Commission (CPSC) has officially issued a warning against certain top-loading Samsung washing machines. The body is currently working with the brand to come up with a solution for owners of the affected machines. According to the the latter’s statement, the problem could be found in some units made from March 2011 to April 2016.

That’s a long stretch of time to have a potentially dangerous washing machine lying around. Customers can check if their machine is affected by looking up the 15-digit serial number at the back of their device and cross-checking it via Samsung’s site. If it does indeed have the potential to blow up, the company is advising people to utilize the lower speed delicate cycle.

Samsung’s specifically telling them to do so when washing bedding, bulky or water-resistant materials since compromised units experience ‘abnormal vibrations’ when dealing with such items. The firm’s statement may come across as too little, too late for the scores of people who have already had to suffer explosions.

Several of them have now banded together to sue Samsung. One woman claims her washing machine blew up in April 2016 with a loud bomb-like sound, scattering debris everywhere. She and her son escaped any injury. The company apparently offered her a refund which she refused in favor of pursuing the matter in court to raise awareness of the problem.

Over 21 people have reported cases of their top-loader exploding to the CPSC since early last year. Jason Lichtman, the lawyer in charge of the case, alleges that the issue lies in the support rod in the washing machine. It’s supposedly insufficient to hold the tub in place and can slide out during the spin cycle.