The Samsung SM-A500 which is said to be part of the OEM’s new metal smartphone lineup looks to be on schedule for launch this month. The device has been certified in China at the TENNA regulatory and the website has voluntarily given us images of the phone as well as specs, to admire in the time being.

We’ve already gotten a good dose of information on the Samsung SM-A500’s internals thanks to previous leaks and this is the first time we’re seeing the phone in the flesh. To no surprise, the handset closely resembles the Galaxy Alpha and the certification website notes that it’ll be as slim as the latter. The phone measures just 6.7mm thick and it weighs 126 grams. 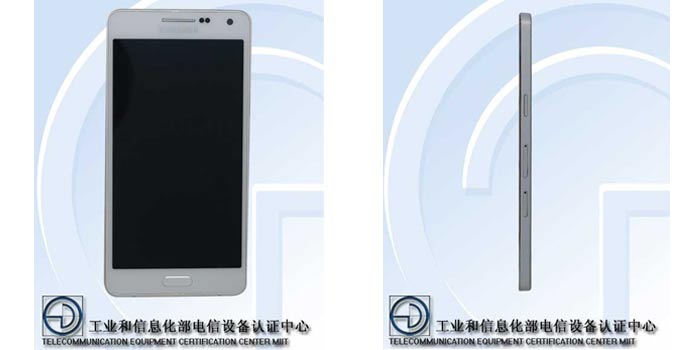 A previous report revealed that the handset’s body would be mostly metal, but this isn’t clearly noticeable in the images. Also, it looks like the phone will have a unibody design with a non-removable back panel as the SIM and microSD card slots have been allocated to the outside.

Also See: Samsung SM-A300 is one of the three upcoming metal-clad smartphones

The TENNA listing also fills up the gaps in the specs with detailed hardware information. We already know that the device will have a 5-inch 1280 x 720 pixel HD display and now, we can confirm that the panel will be an OLED one. 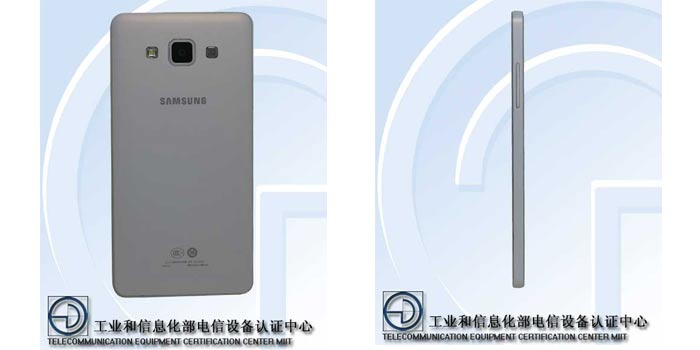 Here’s an overview of the newly revealed Samsung SM-A500 specs:

Seeing as the Samsung SM-A500 has already been certified, it could be just days away from going official.