Apart from a new Note smartphone, Samsung also confirmed the existence of a premium lineup which is rumored to be the Galaxy F that has now been spotted in the wild. The device is said to be a variant of the Galaxy S5 flagship carrying a premium design and beefier specifications.

Twitter user WindyLeak who’s new to the leaking business, has uploaded a couple of images of the alleged Samsung Galaxy F smartphone. The tweet makes no mention of the device’s branding, but notes that it carries a 2K display. The only Samsung device that’s similar to the S5 in size with a UHD screen in the works is the SM-G906S. This got us to believe that the phone shown below is indeed the upcoming premium handset. 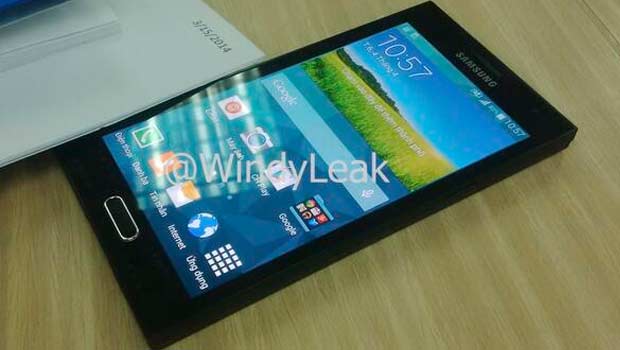 You’ve probably noticed by now that there’s nothing so special about the handset’s appearance since it looks like a simple rectangular block. Well, that’s because the device has been wrapped within a special casing to prevent the actual design from being seen. Also, the alleged Samsung Galaxy F could be in the prototype stage. The images show the smartphone with a physical home button and microUSB port on the bottom that’s accompanied by a speaker, both placed in a similar fashion as on the Note 3. 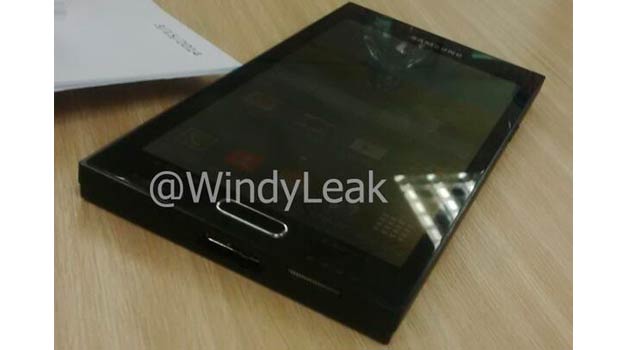 Here are the leaked pecs of the Samsung Galaxy F:

We’re still to see what branding Samsung will use for the SM-G906S. Galaxy F has been rumored for a long time, while Galaxy S5 Prime has been ruled out by the company itself. Alleged specs of the Note 4 have also been revealed. You can check them out here.