Samsung’s new Master Dual is a phone for the elderly, grabs two displays

As its name indicates, the Samsung Master Dual houses two displays on its clamshell body. Launched only in South Korea as of now, this gadget is meant for the elderly, and hence comes with a number of features to suit its audience.

At its core, it’s still an Android based handset, but features like the safety alert service give its software an added edge. With this trait, users can set a pre-defined list of contacts to receive a message with their GPS location if the phone is left unused for a specific period of time. 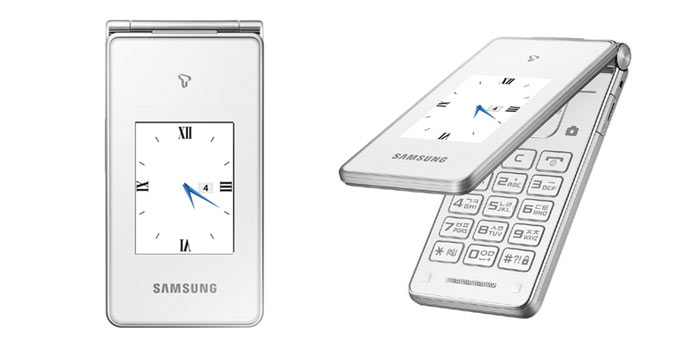 Samsung’s Master Dual houses a 3-inch display that you can find on opening its clamshell body. The panel on the outside is 2.2 inches in size, and it provides relevant information whenever needed.

This phone features FM radio support as well, but does not grab compatibility for 3G networks, since only 2G radios have been granted to it. It is powered by a 1000mAh battery.

LG recently also launched its own Android-based flip phone, but unlike the Master Dual, this device is not targeted towards the elderly. It’s a pretty mid-range handset which ships with a quad core processor, an 8MP camera, a 1700mAh removable battery, LTE support and more.

Here’s a look at the few specs of the Samsung Master Dual which we know:

Like we said, the Samsung Master Dual is only destined for South Korea as of now. Its will be sold in the country via SK Telecom at a price equivalent of $280.