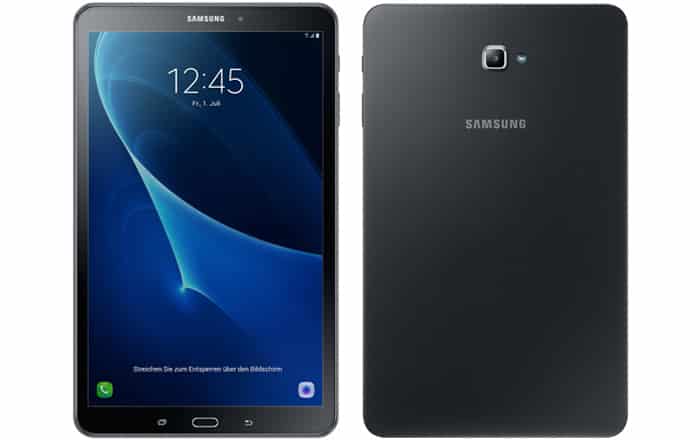 Samsung has officially outed the 2016 edition of the Galaxy Tab A 10.1 after a number of leaks had revealed key details about the tablet. The device has been announced for European countries like Germany and the Netherlands so far, with no word on when it’ll move on to other markets.

The Galaxy Tab A 10.1 (2016) notably runs Android 6.0 Marshmallow out-of-the-box with a layer of the brand’s own skin on top. The device is further powered by a snappy 1.6GHz octa-core processor of unknown make. The component is aided along in its tasks with the combined efforts of 2GB of RAM and a 7300mAh battery.

As can be inferred by its name, Samsung has chosen to bless the device with a 10.1-inch screen which offers a slightly unusual resolution of WUXGA (1920 x 1200p). Photography enthusiasts can make use of an 8MP rear camera which is accompanied by features like an aperture of f/1.9, LED flash and autofocus.

The Samsung Galaxy Tab A 10.1 (2016) is set to hit availability in Germany by June this year. We’ll let you know as and when the tablet makes its way to other markets in the future.