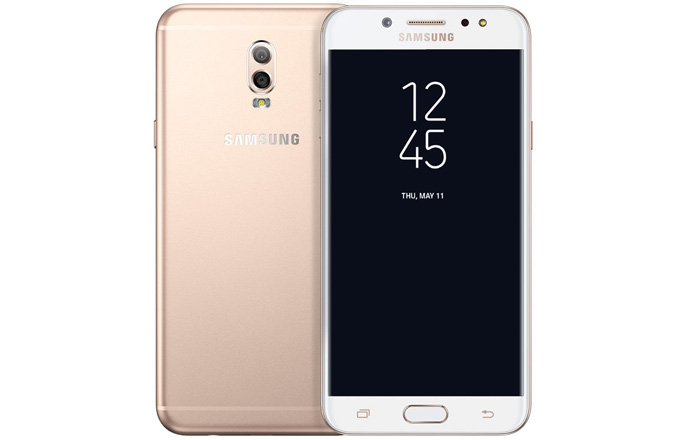 The Galaxy Note 8 was the very first Samsung phone to gain a pair of cameras on its back, and now it’s time for the feature to make its way to the brand’s other models. The Galaxy J7+ is the second recipient of the module, sporting a 13MP + 5MP combination.

Samsung has only announced the Galaxy J7+ in Thailand so far, but other countries will presumably follow suit soon. The smartphone is pretty similar to previous entries in the series in terms of design and specs, featuring the same metal unibody and 5.5-inch 1080p Super AMOLED screen. The device notably gets hold of a MediaTek Helio P20 processor and not an in-house Exynos SoC like the others.

Samsung has supplied it with 4GB of RAM, 1GB more than the standard 3GB its J7 phones have gotten so far. All-in-all, the dual cameras are the main upgrade. The 13MP lens boasts of an f/1.7 aperture to let in more light, while the 5MP gets saddled with an f/1.9 aperture. The latter handles depth data, allowing users to adjust the focus of a photo both during and after an image has been clicked.

Selfie enthusiasts will get to experiment with a 16MP shooter accompanied by Screen Flash, LED flash, Selfie Focus, and an f/1.9 aperture. Samsung’s additionally blessed it with multi-window and dual app support, letting people do things like sign into 2 WhatsApp accounts at the same time.

Specifications of the Samsung Galaxy J7+: