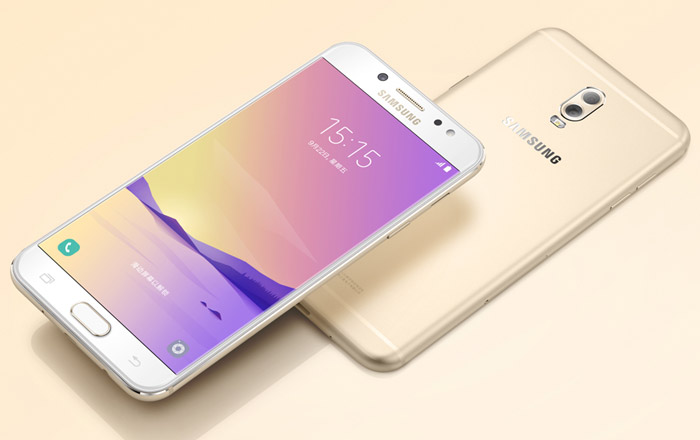 Samsung has launched a new smartphone for its Chinese customers called the Galaxy C8, making it the third device in its portfolio to sport dual cameras. It hasn’t revealed price or availability details for the handset yet.

Based on its appearance and specs, the Galaxy C8 seems to be a renamed version of the Galaxy J7+ which came out in Thailand earlier this week. The two have almost everything in common right down to each phone’s dimensions. The only obvious difference between the two is the fact that Samsung is offering the former in 2 storage variants.

The Galaxy C8’s star attraction is its 13MP f/1.7 + 5MP f/1.9 duo. The pair make effects like Dual Photo possible, allowing users to shift the focus of an image after it’s been shot. There’s also a 16MP selfie snapper that distinguishes itself with an aperture of f/1.9 and an LED flash unit.

Specifications of the Samsung Galaxy C8:

We’ll let you know which model Samsung decides to carry forward to other countries in the near future.