The Samsung Galaxy Alpha has grabbed the headlines for a number of different reasons, prime among them being that it’s the company’s first attempt at building a metal-clad smartphone. This device is all set to make its way into the US through AT&T on September 26 now.

Another reason that makes the Galaxy Alpha an important handset for Samsung is that it grabs a 4.7-inch display and a fingerprint scanner to counter Apple’s newly unveiled iPhone 6. Although elsewhere in the world it will sold with an octa core processor onboard, the US model will ship with a quad core CPU clocked at 2.3GHz. 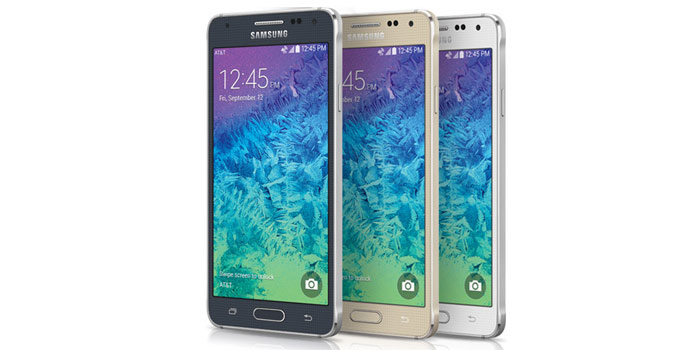 AT&T will be dishing out this device in its black, gold and white shades in exchange of $199.99 and a two-year agreement. Off-contract, the asking amount will reach up to $612.99.

The Galaxy Alpha is encased in a metal frame and a build that’s just 6.7mm in thinness. It borrows the heart rate sensor and the fingerprint scanner from the Galaxy S5 while keeping things mid-range with its 720p HD display and a 12MP rear camera.

Here’s a better look at all the key specs of the AT&T-ready Samsung Galaxy Alpha:

The Samsung Galaxy Alpha is also slated to be launched in India this month; on September 27 to be precise.