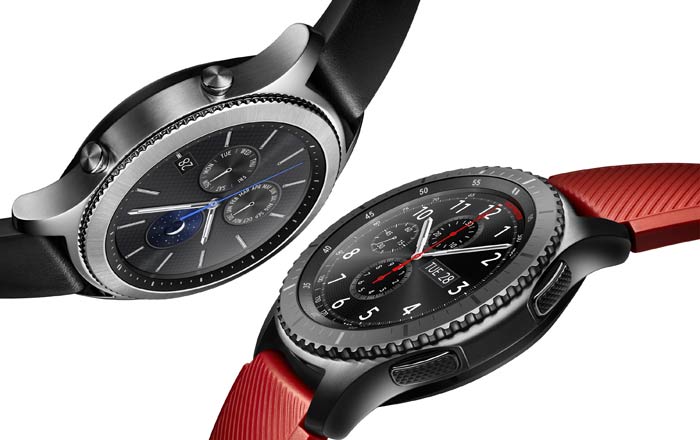 As expected, Samsung has officially pulled back the curtains on the Gear S3 at a pre-IFA 2016 event in Berlin. The wearable’s arrival comes just a week before Apple is expected to launch its next-generation Watch.

The two will likely battle it out for supremacy in an increasingly crowded smartwatch market. Samsung is going to sell the Gear S3 in two iterations namely the Classic and Frontier. The former goes for an elegant stainless steel style, while the latter is meant for people who favor a more rugged design. Both look similar to its predecessor with one major difference.

This year’s Gear S3 is a lot bigger than its previous edition thanks to its case and screen measuring 46mm and 1.3-inch, respectively. The additional real estate still outputs a resolution of 360 x 360p, but now offers Always On Display technology so it can constantly show you the time instead of automatically fading to black.

In spite of this, Samsung claims the device will still offer you 4 days worth of battery life. The company has furnished the smartwatch with a number of specs to increase its ruggedness such as IP68 certification for protection against water and wearable-specific Corning Gorilla Glass SR+ for added toughness.

Other top highlights of the Gear S3 include built-in GPS, NFC, MST, LTE, and SOS abilities in case of emergencies. The Tizen-running product’s rotatable bezel can now perform new tricks like accepting or rejecting a call with a twist.

Here’s a quick look at the main specs of the Samsung Gear S3:

The Samsung Gear S3 doesn’t have a price tag yet and is expected to come out later this year.