Samsung’s Galaxy Tab Active doesn’t impress with its plain looks, but can take a beating

If you were to combine the Galaxy S5 Active’s design with the Galaxy Tab 4 8.0, the outcome would more or less be something like the Samsung Galaxy Tab Active tablet. The new slate is well, not all-that appealing in appearance, but that shouldn’t matter as it’s being targeted at business customers that operate in harsh environments.

If it’s great looks and high-performance that you desire in a rugged slate, then you’d better turn your attention to Sony’s latest 8-inch slate or its larger 10.1-inch sibling. The Samsung Galaxy Tab Active features a ruggedized exterior which is basically an anti-covering. 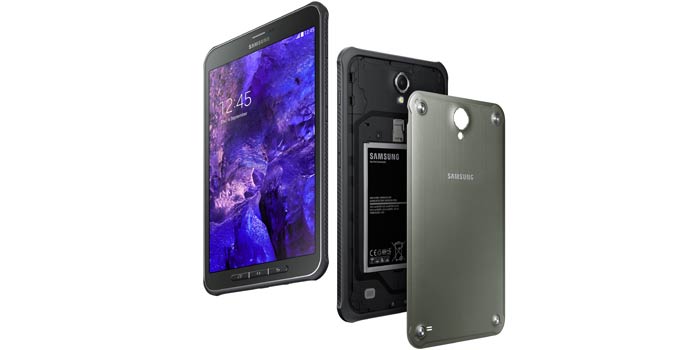 The Galaxy Tab Active will be able to withstand drops from a height of 1.2 meters and since it’s IP67 citified water- and dust-resistant, it’ll operate for a good amount of time underwater. The slate also comes with the company’s C Pen stylus as an alternative input method for glove wearers.

Also see: Asus’ new MeMO Pad 7 ME572 has an elegant design, can be mistaken for a clutch bag

Along with Android 4.4 KitKat, Samsung has also thrown in its KNOX mobile security and extended warranty of up to 3 years. Unlike the Galaxy Tab 4 series, the Active model will feature a removable rear panel and a user-replicable battery. NFC, LTE and other connectivity features are also onboard. 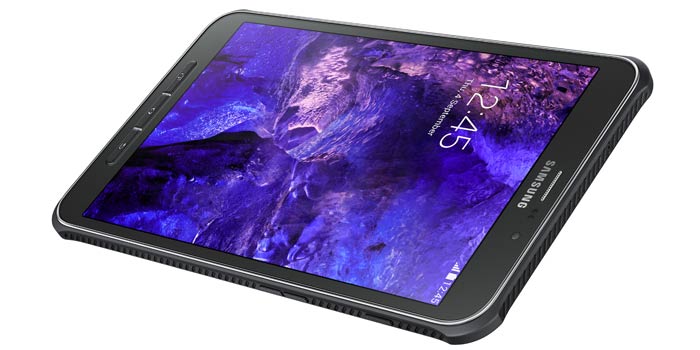 The Samsung Galaxy Tab Active is available in titanium green and it comes in Wi-Fi only and LTE options. No price has been provided for the tablet as yet.

Facebook
Twitter
Pinterest
Linkedin
ReddIt
Tumblr
Flip
Previous articleAsus’ new MeMO Pad 7 ME572 has an elegant design, can be mistaken for a clutch bag
Next articleHP has showcased three upcoming tablets and a couple of Chromebooks at the ongoing IFA