The Samsung Galaxy Note Edge is one of the most unique smartphones to have come out this year, and a company in Vietnam wants to enhance its uniqueness furthermore. A gilded version of it has appeared in the form of leaked images, but there’s no mention of its price as yet.

These pictures have come via a Vietnamese website named Samsung-Viet, and have been brought to our notice by GSM Arena which thinks that the device should be priced around the $2000 mark if it’s really made of 24-karat gold. As you can see in the images, it’s only the metal rim surrounding the phone that has been plated with gold. 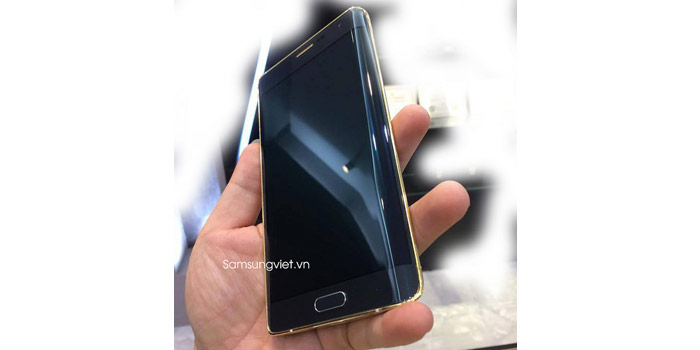 This Samsung handset was unveiled by the South Korean giant back in September this year, and is distinguished by the fact that it bears a curved display that develops a bend towards one of its vertical edges. Its highly advanced components are highlighted by a 5.6-inch QHD display and a Snapdragon 805 processor.

The Galaxy Note Edge also kicks in 3GB worth of RAM and a 3000mAh battery. While a 16MP camera has been placed on its rear surface, a 3.7MP snapper has been granted to its front.

A glance at the specs of the Samsung Galaxy Note Edge: 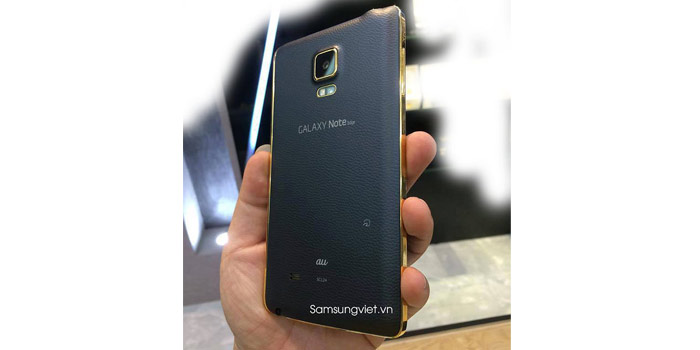 The leaked gold-plated Samsung Galaxy Note Edge is still be to be made official in Vietnam, but we’re guessing that should happen in the weeks to come.