Samsung is all set to rain over Apple’s parade as the Galaxy Note 4 phablet will reportedly land in India on October 17 which is when the new iPhones will also go on sale. And we’re not talking about the company launching the device, instead making it available for purchase in stores.

An unveiling event for the Samsung Galaxy Note 4 is scheduled to happen tomorrow where we’ll most likely hear about a price. Now, there’s no official confirmation on when the handset will hit the market, but local retailer Mahesh Telecom has revealed that it will be in stores from October 17 and it can already be pre-booked so that you get it as early as possible. 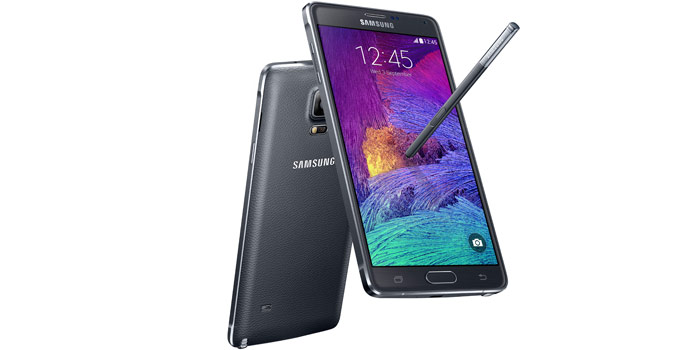 This is definitely a move from the Korean giant to counter Apple’s iPhone 6 Plus smartphone, yes the same one that’s famous for bending in pockets. But wouldn’t the Note Edge be a more viable competitor to the handset, you know, since it comes with a (intentionally) bent design?

Also read: Samsung Galaxy Note Edge set to be outed later this month, albeit only in Japan

The Indian version of the Note 4 won’t have the Snapdragon 805 chipset, but an Exynos 5 octa core CPU. The difference in performance between both chips isn’t known as yet, but the latter is 64-bit compatible and should offer better power efficiency.

You’ll find a detailed look at the Samsung Galaxy Note 4 specs below:

Like we mentioned above, the price for the Samsung Galaxy Note 4 will be revealed tomorrow, but we expect the phone to retail at over Rs 50000 at launch.