Samsung has officially confirmed that its highly anticipated Galaxy Note 4 phablet will be arriving in India within the next couple of weeks. The handset has already been rumored for an early October launch in the country and it looks like the OEM is on schedule with the release.

The Samsung Galaxy Note 4 was officially unveiled earlier this month at the IFA 2014 expo in Berlin. The handset wasn’t alone however, as the limited edition Note Edge flaunting a curved display also made its debut back there. Unlike the latter, the new flagship phablet will be widely available around the globe and is expected to reach 140 countries towards the end of October. 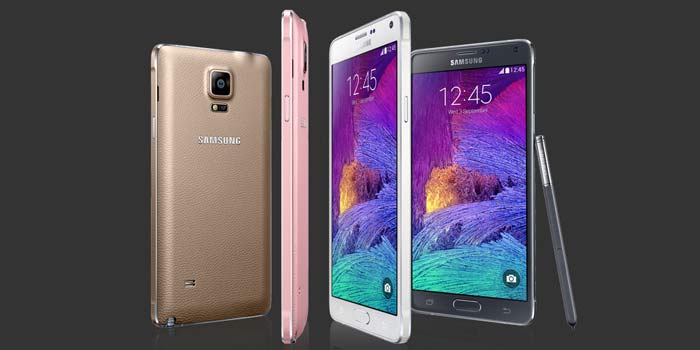 The phone’s arrival in India was revealed by one of the company’s senior executives to The Economic Times. The unnamed representative notes that the handset will hit the market before Diwali and it will be priced according to its global siblings, so don’t expect it to be cheap.

Apart from the Galaxy Note 4, there was also talk about ‘a series of new launches’ that will be ‘priced across the spectrum.’ There’s a high possibility of this being the Galaxy A lineup or even some of the company’s previously leaked 64-bit smartphones.

The Samsung Galaxy Note 4 is expected to cost well above Rs 50000 when it launches in India in the next couple of weeks.