While we were under the impression that Samsung would unveil its Lite series of devices at the MWC 2014, the company took the wraps off the Tab 3 Lite not long after its user manual and listing appeared online. Well, there’s a high chance that the company will do the same thing for other handsets such as the upcoming Galaxy Note 3 Neo and Grand Neo.

The Galaxy Note 3 Neo has been leaked to a great extent. From rumors to benchmarks to images, almost everything has been disclosed regarding the handset. And now, its existence has also been confirmed as the SM-N7505 model has been spotted by SamMobile at the FCC with 4G LTE radios onboard. This indicates that an official unveiling could be in the near future. 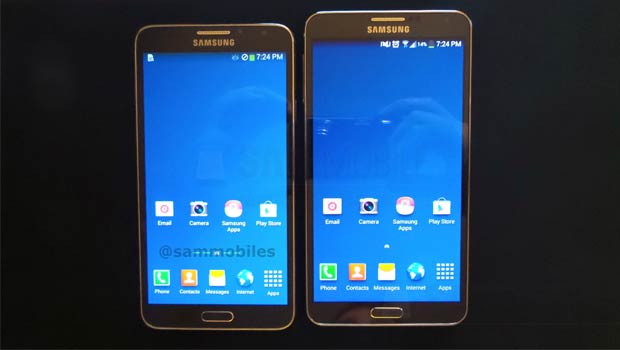 The Samsung Galaxy Note 3 Neo may look almost identical to its larger sibling, but has downgraded hardware. The device is in fact, quite similar to the second generation Note phablet where specifications are concerned. It features a 5.55-inch 720p AMOLED display, the S Pen, an 8MP rear camera, 2GB of RAM, 16GB of storage, a 3100mAh battery and Android 4.3.

The most interesting part of this phone is its processor, the Exynos 5 Hexa that offers four cores clocked at 1.7GHz and two power saving cores at 1.3GHz. Also, all six CPUs can run at the same time. The Note 3 Neo will also be deployed with the usual stylus-friendly enhancements such as Air Command, Action Memo, Scrapbook, Pen Window, S Note, Multi Window and much more.

There’s no official word on when the Galaxy Note 3 Neo will be unveiled, but that day could just be around the corner.