Samsung isn’t the type to launch a new smartphone series and leave it with just one member and that’s one of the main reasons why we know that there will be more additions to the Galaxy J lineup. Also, concrete information backing this is available and it suggests that there will be two new handsets, namely the Galaxy J5 and J7.

So far, the series comprises of the Galaxy J1 which was launched just earlier this year. SamMobile has gotten its hands on information about the Samsung Galaxy J5 and Galaxy J7 smartphones, stating that they will fall in the mid-range category. And it looks like the duo will be quite similar to the handsets in the Galaxy E lineup where hardware is concerned. 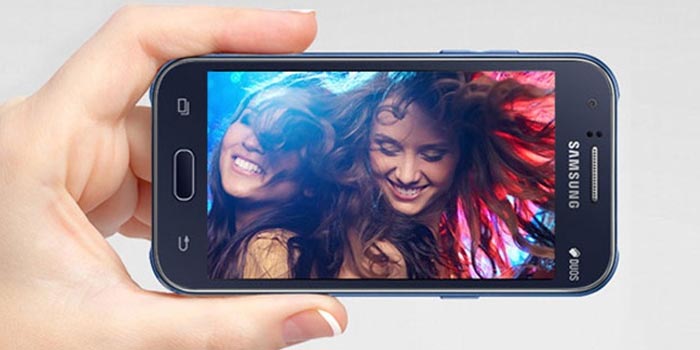 The Galaxy J5 which will also be known by its model number SM-J500F is the smaller of the two smartphones. It carries a 5-inch HD TFT LCD touch display and is powered by a 1.2GHz quad core 64-bit Snapdragon 410 processor. The source notes that the phone will be 8.5mm thin and weigh 149 grams.

Also read: HTC One M9 flagship to be officially launched in India on April 14

It will also sport 8GB of internal storage, a microSD card slot, 1.5GB RAM and a 2600mAh battery. Features such as Android 5.1 Lollipop, a 5MP front camera and an 8MP or 13MP rear shooter are also onboard and can even be found on the larger Galaxy J7.

Currently, there’s no concrete information on when the Samsung Galaxy J5 and J7 smartphones will be officially lunched.