With quite an apt name, the new Samsung Galaxy Folder has been unveiled by the company as its latest flip phone offering. Don’t expect to see this device anywhere outside South Korea though, since it has so far been announced only for the said nation.

This clamshell offering has arrived right after the launch of the LG Gentle which too is looking to tap into the flip phone market of the Asian country. But LG’s device falls a bit towards the lower end if compared against the new Samsung Galaxy Folder.

A slightly larger and higher resolution 3.8-inch display has found space on this offering. This 480 x 800 pixel screen may be touch-friendly but there’s indeed a physical keypad resting on the bottom half of the Galaxy Folder. There’s no secondary display present on its outer shell though. 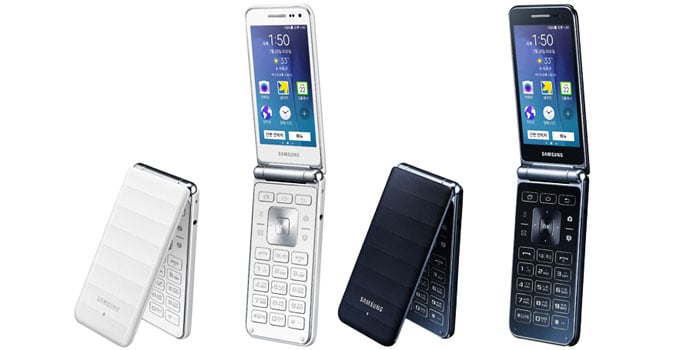 This Samsung offering runs the 5.1 Lollipop version of Android that’s garnished with a flip phone-friendly version of the company’s TouchWiz UI. It features a dual camera setup, with the one on its rear garbing an 8MP sensor and the one on the front going for a 2MP one.

Here’s a quick glance at the main specs of the Samsung Galaxy Folder: 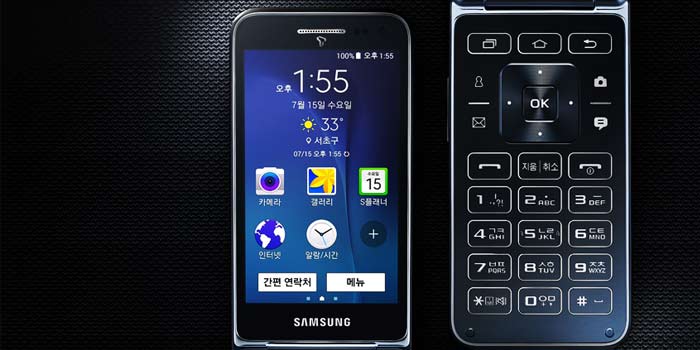 A removable 1800mAh battery forms part of the Galaxy Folder’s offerings as well. This 4G LTE device has been revealed to come equipped with 8GB of built-in storage that can be expanded further up to 128GB by means of its microSD card slot.