Samsung’s Galaxy A series next in line for Lollipop update, no word on Android 5.1 yet

The new range of Samsung Galaxy A series smartphones appears to be in line to receive the Android 5.0 Lollipop soon. This comes as great news for owners of devices from this range, but what’s interesting is that the company has still not begun working on the Android 5.1 update for any of its handsets.

Included in the Samsung Galaxy A range are the A3, the A5 and the A7 smartphones which are highlighted by their solid metal builds. They of course come pre-installed with the Android 4.4 KitKat OS on them. With the Lollipop update, they will not only be blessed with the new features from Google’s OS, but will also be granted a TouhWiz design overhaul. 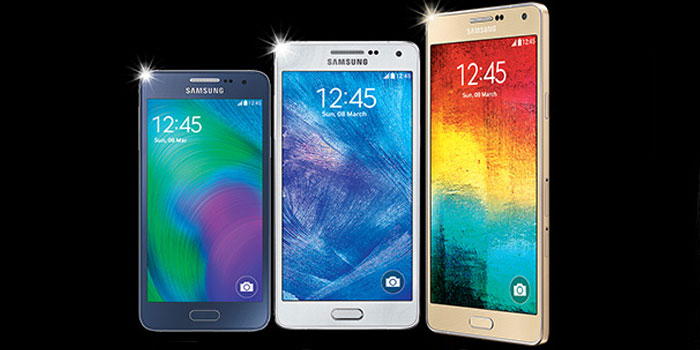 SamMobile has learnt about the Galaxy A series update news through an insider source which has revealed that the company has started working on the software for these handsets. With so much on its hands, it’s not surprising that the manufacturer is finding no time to dedicate to the Android 5.1 update.

The Samsung Galaxy Note 2 hasn’t gotten its Lollipop build yet, and there’s no word until now regarding when this will happen. The company’s Finland arm however, recently confirmed that the phone is indeed in the list of smartphones for which the upgrade is being prepared. The Note 3, the Note 4, the Note Edge and many more offerings from the South Korean giant have already been blessed with the new software.

Let us now see when handsets from the newly launched Samsung Galaxy A series will be ready to get their Android 5.0 Lollipop treats. We’ll have more on the subject when additional details are out in the open.

Facebook
Twitter
Pinterest
Linkedin
ReddIt
Tumblr
Flip
Previous articleAndroid 5.1 will be a huge update for the Motorola Moto X 2014, soak tests are on
Next articleAndroid 5.1 Lollipop is finally available for Android One devices in India