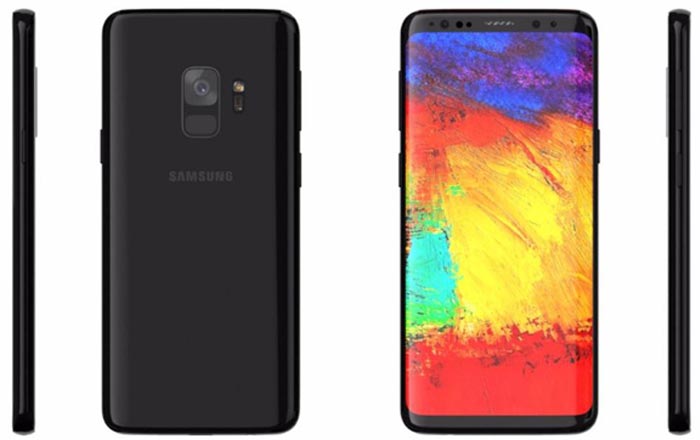 Samsung has officially announced its Exynos 9 Series 9810 processor which is widely expected to power the company’s flagship Galaxy S9 and Galaxy S9+. The brand’s revealed a number of details about the SoC in its press release, giving a broad hint at what’s to come in the upcoming pair.

Most interesting of all is a paragraph describing the enhanced neural network-based deep learning the Exynos 9810 is capable of. The feature would allow phones to utilize depth sensing to scan a user’s face in 3D for hybrid face detection. This sounds a lot like the iPhone X’s TrueDepth camera system.

Further driving home this point is a sentence talking about how combining software and hardware will allow hybrid face detection to unlock a device with the owner’s face and create realistic face-tracking filters. The first can be clearly linked to Face ID, while the latter could be an Animoji clone.

It’s possible Samsung is looking to copy both for the Galaxy S9 pair. Unlike the iPhone X though, the company is expected to retain its fingerprint scanner at the back, although in a more convenient position than before. The Exynos 9810 chipset notably offers added security thanks to a separate security processing unit to guard facial, fingerprint, and iris data.

The inclusion of iris data is interesting as the previous Galaxy S8 pair featured an iris scanner. Word on the street is that Samsung is looking to improve the tech behind it for the Galaxy S9. The neural network mentioned above will also make it easier for handsets to accurately recognize people or objects in images.

This in turn will help bring about faster image searching and categorization. This could have something to do with Bixby and the AI’s abilities to identify items and landmarks in snapshots to deliver more information about them to the user.

Samsung has also got some interesting things cooking for the Galaxy S9 pair’s camera. The Exynos 9810 chip supports video recording and playback of up to 4K UHD at a whopping 120fps. Even Apple’s iPhone X only manages the same at 60fps. 10-bit HEVC is in place to make sure videos don’t hog up all the space, while advanced stabilization ensures the footage doesn’t come out blurry.

The Exynos 9810’s further promising brighter images in low light environments, real-time out-of-focus photography, a much wider color range of 1.07 billion, and more accurate color fidelity. On top of everything else, Samsung is probably introducing a pair of dual lenses to the back of the Galaxy S9+ which will open up other possibilities.