Now that Samsung has officially revealed the Galaxy A7 and the E series, there’s just one more lineup from the rumor mill awaiting confirmation, the J range. Well, the new leak on the Galaxy J1 handset more or less verifies the phone’s existence and we’ve also gotten a good look at the upcoming release.

The Samsung Galaxy J1 was initially spotted under the model number SM-J100. SamMobile has managed to get its hands on images of the smartphone which to no surprise, looks almost indistinguishable from other handsets developed by the South Korean company. The source has also landed a complete roster of hardware that’s basically spot on with what was previously leaked. 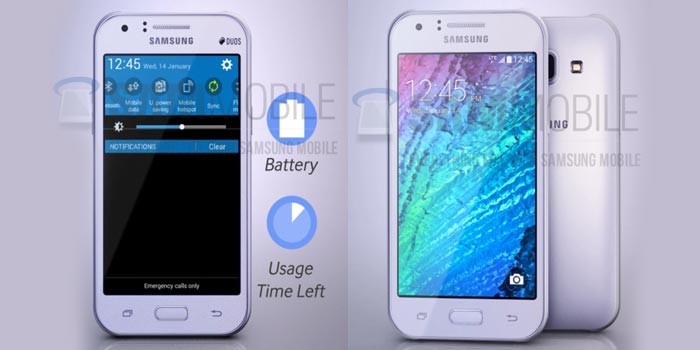 The entry-level Samsung phone employs a 4.3-inch WVGA display (panel could be LCD or AMOLED) and it runs Android 4.4 KitKat. What’s interesting is that the device features the Ultra Power Saving Mode which has only been limited to flagship-class and high-end releases so far. Also, there’s a 64-bit processor onboard, the Marvell PXA1908, with a 1.2GHz quad core configuration.

The phone packs dual cameras where a 2MP snapper is placed on the front and a 5MP shooter on the rear. Samsung plans to offer the smartphone in multiple versions where there will be single and dual SIM models as well as LTE variants of both. 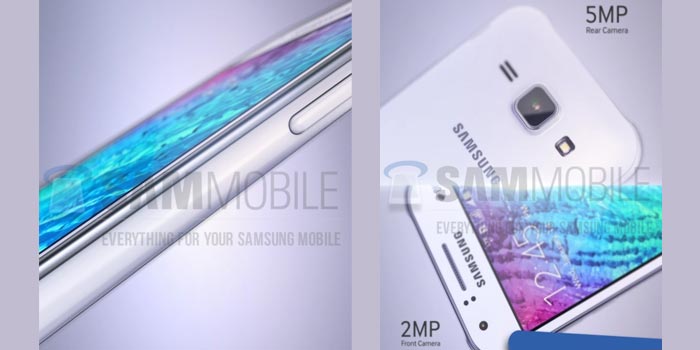 The Samsung Galaxy J1 is expected to go official on January 14 which is tomorrow, so be sure to check back for an update.