Available on smart devices as well as PCs, the ChatON messaging service from Samsung is all set to make an exit this February. Although it boasts of a user base larger than 100 million, most of these people simply have it on their devices because the South Korean giant pre-installs it on them.

It has been mentioned that while the service will be closed down everywhere in the world, it will remain alive in the US. According to Engadget, Samsung has revealed ‘changing market conditions’ to be the reason behind the killing of ChatON. 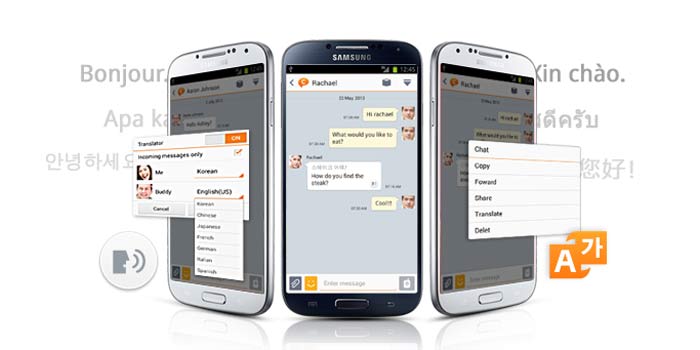 There is by no means a shortage of messaging apps in the market right now. Their popularity usually differs from region to region, and ChatON is apparently used more in the US than in other nations, which is probably why it won’t be taken down in the country.

Samsung has released it for platforms like Android, iOS, BlackBerry, Windows Phone and more, while it’s also available on desktops. Animessage is one of its most loved features, as it allows you to create and send short animations that can be customized with a background, text, image, hand writing or a stamp.

Also Read: New update to Samsung’s ChatON might actually propel you to use it

Just like BBM, there’s a message recall function present in this app as well, which allows users to pull back any message that has been sent unintentionally. And Samsung even allows lots of visual customizations to be applied to its interface in the form of themes.

Samsung has revealed that it will be allowing users to take backups of their ChatON chats before taking it down, but details regarding how it can be done haven’t been shared as yet.