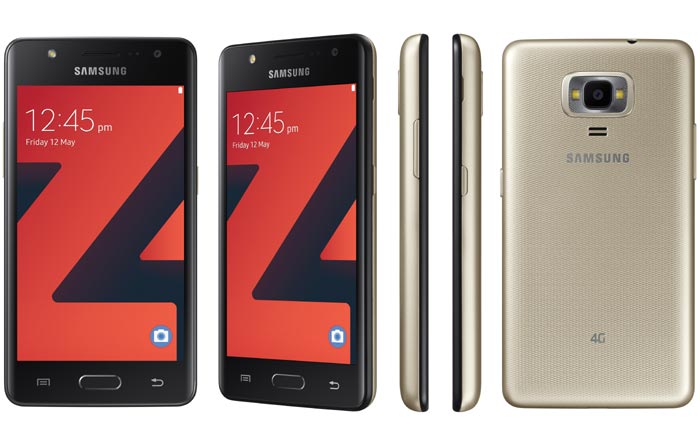 Just a few days after its international announcement, Samsung has officially revealed that the Z4 will hit India on May 19. The country is the first to receive the phone, due mostly to the fact that the handset is meant for first-time smartphone users.

Samsung is trying to ensure the Z4 holds mass market appeal by slapping it with a Rs 5790 price tag. The Tizen-powered phone will be bundled with both black and gold back covers to choose from. It’ll be sold via offline outlets across the nation.

The Samsung Z4 comes with a couple of India-specific features like the brand’s S Bike mode, Ultra Power Saving mode, and My Money Transfer. The first is meant to ensure notification-free bike rides, the second to save battery levels, and the third to conduct offline banking transactions.

Also See: Some Samsung Galaxy S8 units have slower storage than others

Samsung’s also included a news tool which lets users view reports in their native language by swiping on the home screen. It’s also touting that the device’s calendar can be synced automatically with future events in order to deliver reminder notifications and event updates.

Other than its non-Android Tizen OS, the Z4’s main highlight is supposed to be its photography offerings. There’s a 5MP camera on the back equipped with dual-LED flash and a 5MP snapper up front with LED flash. A Video Flip tool lets users alternate between both lenses while shooting a video.

A quick summary of the Samsung Z4’s specifications:

Once again, you can buy the Samsung Z4 via physical outlets in India starting from May 19.