Samsung Z1 smartphone appears again in most comprehensive leak yet

India is all set to witness the launch of the first low-end Tizen smartphone named Samsung Z1. We’ve heard about this device a lot in the past few weeks, but this new leak gives us a complete idea of what we can expect from the handset.

It comes from notorious Mumbai retailer Mahesh Telecom which has posted on its Facebook page a few pictures of a dummy model of the Samsung Z1. More importantly though, one of these images contains a full specs sheet of the gadget. 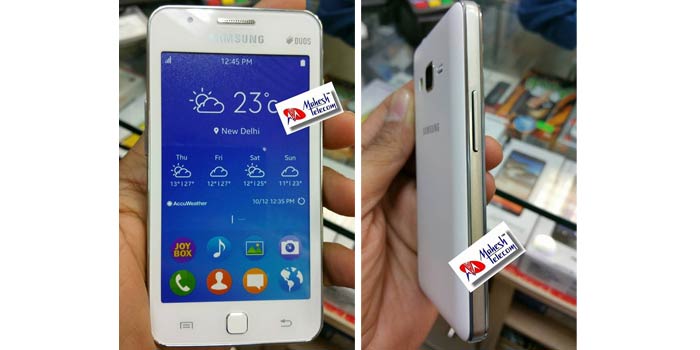 As you probably know by now, the Z1 will be an extremely cheap offering and will be distinguished by the fact that it runs the Tizen 2.3 OS. India is apparently the only market it is planned to be introduced in at the moment.

It features a 4-inch WVGA display and runs on a 1.2GHz dual core processor. Samsung has equipped the handset with 3G support of course, and has also blessed it with a 3MP rear camera and a VGA front snapper. 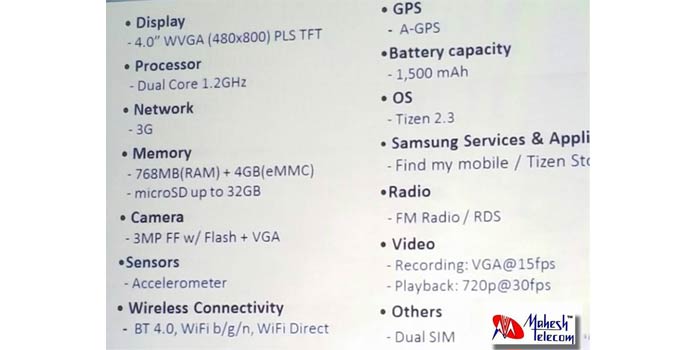 The dual SIM Z1 is also the recipient of FM radio support apart from other essential connectivity traits. There’s 768MB worth of RAM onboard, whereas the storage on the handset has been kept locked at 4GB.

A quick glance at the specs of the Samsung Z1:

Reports are telling us that January 18 has been chosen to be the official launch date for the Samsung Z1 in India by its maker. Let us now wait and see if that’s true.