After months of waiting, Samsung has finally showcased its Tizen powered smartphone, the Z. Yes – that’s what the conglomerate plans to call the first handset to officially run on its homebrewed platform.

We’ve already seen multiple Tizen phones in the wild. There’s the I8800 Redwood and the Zeq 9000. The company also has a developer tablet. The Samsung Z will be the first commercial phone and thankfully, it looks nothing like the Galaxy S series. The company has gone for a more rectangular look with the device and the front panel somewhat resembles the LG Optimus L9 from way back in 2012. The same button layout is present here as well – A physical home button and two capacitive keys. 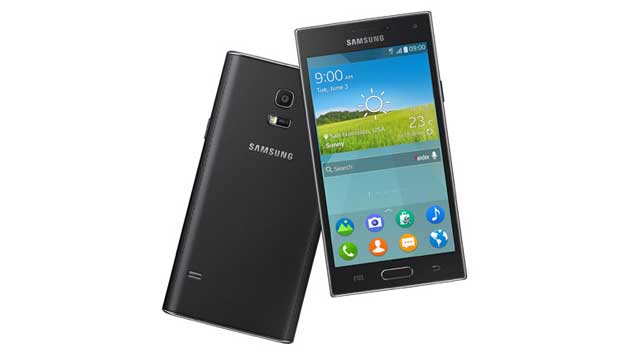 Coming to the rear, there’s a faux leather finish with the stitching design as seen on the Note 3 and other Galaxy phones. The side has a curved design to deliver a comfortable grip and the fingerprint sensor as well as heart rate monitor will be included as well. The handset falls in the mid-range carrying a 4.8-inch HD Super AMOLED display and a 2.3GHz quad core processor of unknown make. There are various software enhancements included with the Tizen 2.2.1 OS, they comprise of Ultra Power Saving Mode, Download Booster, S Health 3.0 and more. 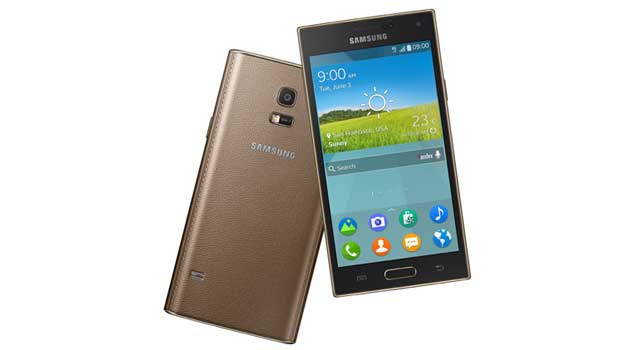 The Samsung Z will go on sale first in Russia starting Q3 2014 and it will be rolled out to other markets in the future. The phone will come in color options of black and gold.