Now that the curved displays are out of the way, Samsung seems to be concentrating on transparent screens and it has already applied for some patents related to the latter type. The South Korean company has patented a technology with touch controls on the rear panel of a device that has see-through displays on both sides.

SamMobile has received this information from Patent Bolt and we also found some pictures that explain the working of the new technology. Basically, what Samsung wants to do is let users operate a device with this type of screen by touch controls on both front and back panels. It could also be possible to simultaneously use buttons on both sides. 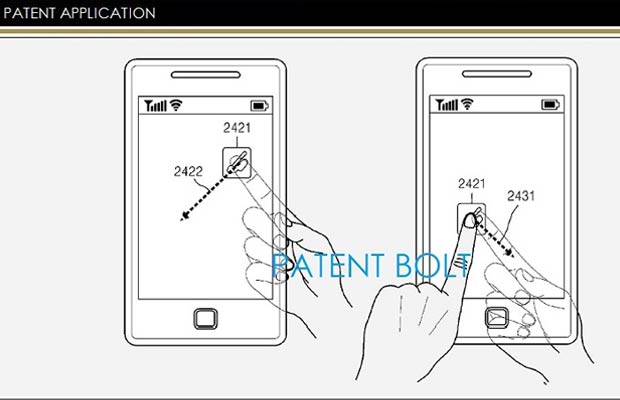 As of now, we are not exactly sure about what the back controls will be capable of doing on a transparent display, but the pictures here try to give us a fair idea. Previewing information regarding a folder by simply tapping on it from behind without leaving that particular screen will help you save up on time and it should be possible to view data on the second level in a folder without opening it. 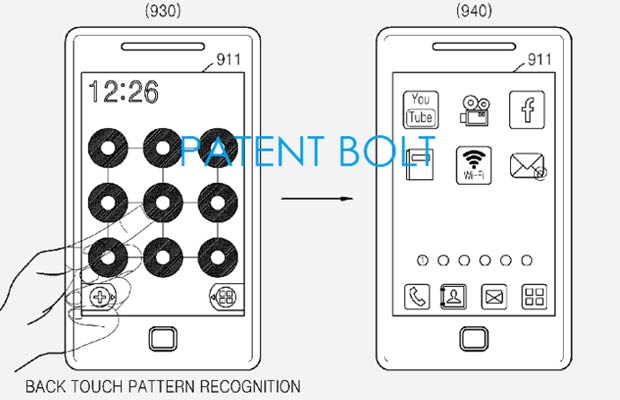 And it looks like customers will be able to make the screen opaque by a simple downward swipe on the back panel. Moving overlapping objects should be a breeze as the one at the bottom can be controlled from the back, while the top one is managed from the front side of the device. You can hit the source link to know about a number of other functions. 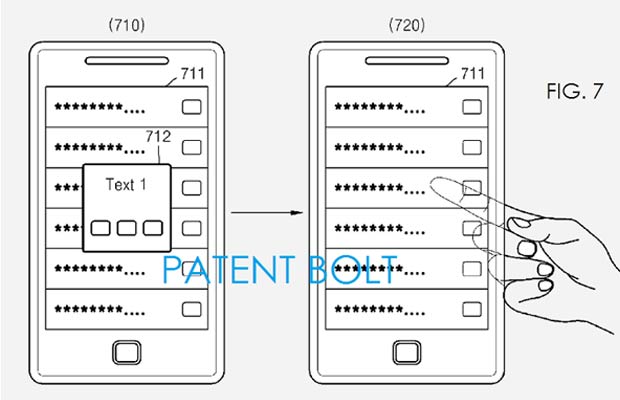 Samsung has only patented the technology as of now and whether it will see the light of the day or not, remains to be seen.