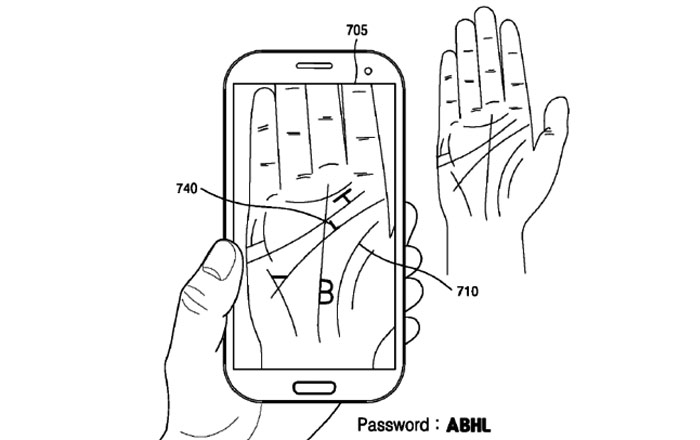 Samsung already has over 5 authentication methods in the Galaxy S8 and Galaxy Note 8 to stop intruders from getting in. A new patent indicates that it’s now working on a sixth, but it’s very different from anything it’s offered till date.

The patent discusses a way to scan a user’s palm in order to verify it’s them. However, instead of unlocking the phone directly, the technique just serves up hints about their password directly onto their palm. This makes sense, since hands are nowhere near as safe as a fingerprint or face.

To be fair, palms have a criss-cross of lines that are unique to every individual, as any palm reader can attest. Samsung’s plan is much more practical than predicting the future of course, and could actually be handy for forgetful users who can’t recall their passcode.

Going by the patent, Samsung won’t actually display the secret code onto the palm. Instead, it’ll scatter hints along the lines of the hands so only the person who owns the smartphone will be able to guess the password. That’s an ideal scenario of course, since a thief could conceivably fool the device using a photo of the user’s hands and guess the passcode using the clues.

Last we heard, Samsung was hard at work trying to improve its face and iris recognition technology for the Galaxy S9. It’s probably not going to introduce its palm scanning techniques any time soon, if at all. Not all patents make it to the final stage of production, so we’ll have to wait and see what the brand decides.