2013 is coming to an end and we basically start the new year with two great events, CES and MWC. It’s at these venues that various OEMs unveil a plethora of devices including new flagship smartphones and tablets. Samsung seems to have its preparations at full swing as multiple gadgets have been leaked out in the past few days.

Just yesterday, we reported about the company filing patents for transparent displays and rear touch panels. Also, the SM-G900S handset which is said to be the Galaxy S5 or Galaxy Round 2 has shown up in benchmarks carrying a 2K screen. Then there’s the Galaxy Note 3 Lite that’s, well, a toned down version of the original and a Galaxy Grand Lite. The latest leak suggests that the company will also introduce a Tab 3 Lite which is rumored for release during the second week of January. 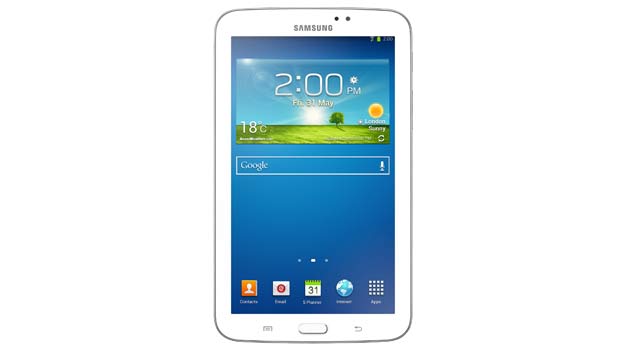 This information comes courtesy of SamMobile. The report notes that the new Lite series will be focused towards the entry-level market with affordable price tags. The Galaxy Tab 3 Lite will retail for around €100 and it will be the cheapest slate from Samsung. This price is obviously for the Wi-Fi model and there’s going to be one with 3G support as well. Nothing on the specifications has popped up as yet, but the hardware is expected to be pretty good in order to compete against Chinese manufacturers.

In another report, Korean website Naver is reporting that the company is also working on multiple tablets with 8” and 10” AMOLED displays. Apart from this, the SM-W750V smartphone has been spotted in Zauba’s logistics management system showing that the device has been exported to India for evaluation and testing. This smartphone, according to Japanese website Blog of Mobile, will be the new flagship in the company’s Ativ series running Windows Phone 8. It’s so far known to carry a 5-inch display and a single SIM slot.