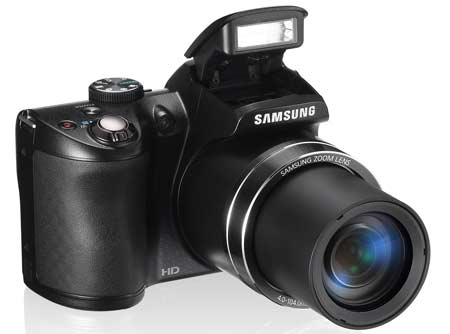 Those looking for enhanced image quality crammed into a compact form factor, may consider the Samsung WB100 camera as a potential option. Its 22.3mm ultra wide angle lens and the 26x optical high zoom should ensure that photographers never miss out on capturing distant shots.

The snapper in question that apparently ‘captures stunning details,’ has been embedded with a 16MP image sensor. Claimed to be an apt travel companion, it is capable of recording high definition 720/30p videos that can be played back on big screen HDTVs. Moreover, 3D photo capture and Live Panorama mode have been added to the mix as well.

While the aforementioned high zoom and wide angle lenses can take detailed images from far, it adds to the possibility pictures delivered with blurring effects. In order to tackle this problem, the company has included the dual image stabilization (OIS + DIS) function, which is responsible for rendering clear images by doing away with shaky shots due to camera or hand shake. 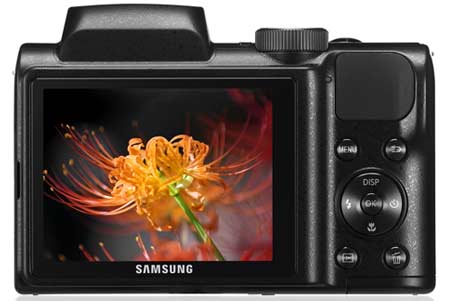 Besides having the ability to reproduce high quality images, this Samsung shooter is also said to be intuitive and flexible in its operation. The menu screen lets users navigate through it easily and the metallic body has been fitted with a soft hand grip for improved handling. Similar to most of its other counterparts, it is also deployed with in-camera effects like Smart Filter and Magic Frame amongst others.

The Samsung WB100 price and release date for the UK have not been given a mention. It will be made available in shades of black and red.