Samsung W510 Phone made out of corn!? 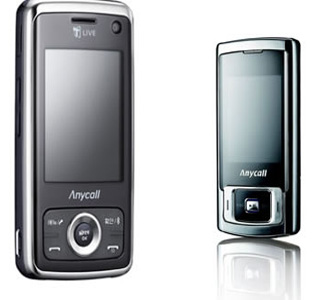 Now this can be called as the ultimate ‘Green’ phone. No, it is not grown on trees but the Samsung W510 phone is literally made out of corn extracts! The body of the aforementioned Samsung phone is made out of ‘bio-plastic’ – natural material obtained from corn. Samsung even went a step ahead by excluding the use of heavy metals like mercury, cadmium and lead and applied water-soluble coating.

Even the Samsung F268 has all its accessories that are green, free from BFRs (Brominated Flame Retardant) and PVC. Both the green models were announced by Samsung at the World IT Show in Seoul.

The Samsung F268 also saves electricity by alarming the user to unplug the chargers when the mobile battery is full. It seems that Samsung is planning to expand the line of its green handsets, although nothing has been revealed much in detail. Also, Samsung is planning to turn all its models PVC and BFR free by 2010.

The move towards being an eco-friendly company had been taken long back by Samsung, in 2004 and 2005 in Korea and China respectively, where it offered recycling schemes. This time around the environmentalist must be very impressed!

However, there are other companies also who have tried to feature in the good-books of environment scientists, in the past. NEC and Fujitsu had tried making phones out of corn plastic. The plastic extracted from corns has been used in bags and other plastic products as well but not in products that needed to be tough as the plastic from corn is not very strong. The idea of green plastic is not new. The rising oil prices have deterred the production of plastic from petroleum. Companies are looking forward to mixing corn-based plastic with the petro-based plastics to create a strong hybrid that can be used in mobiles and laptops.

Go green is the latest mantra! Are you green?