Hailing it to be Samsung’s thinnest and lightest tablet of its size ever, the company has launched the new Galaxy Tab S2 which comes in the form of two models differentiated by their screen sizes. These metal framed slates ship with Super AMOLED panels as well as other advanced traits that push them into the high-end segment.

They are 5.6mm thin and 265gms (8.0 -inch) or 389gms (9.7 -inch) in weight. It has been revealed that these slabs run the Android 5.0 Lollipop OS and include a host of multitasking-focused apps. A separate Book Cover Keyboard will also be sold once these Samsung devices are made available in the market. 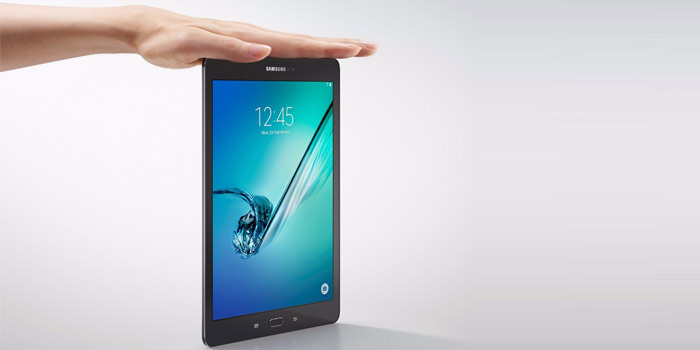 The 8-inch and 9.7-inch Super AMOLED displays of Galaxy Tab S2 range offer a resolution of 2048 x 1536 pixels, while both the slates run on 3GB of RAM and an octa core processor bearing four 1.9GHz cores and four 1.3GHz ones. The smaller device carries onboard a 4000mAh battery, but the larger one goes for a 5870mAh power pack.

Here’s a good look at the other important specs of the Samsung Galaxy Tab S2 range: 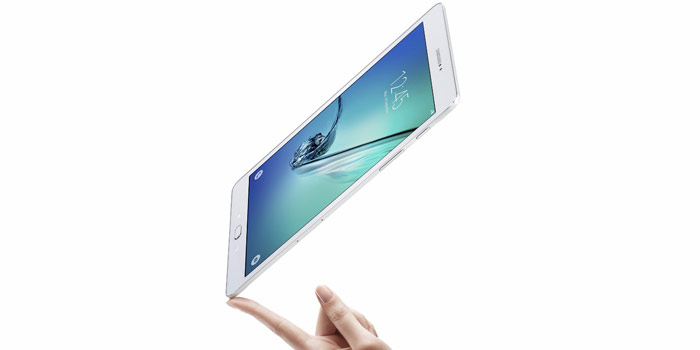 The release of these new Samsung Galaxy Tab S2 tablets will take place in August, and that’s when we’ll get a full idea about their prices. They will be doled out in the form of Wi-Fi and Wi-Fi + LTE variants.