Samsung has officially announced the Galaxy J3 (2017), Galaxy J5 (2017), and Galaxy J7 (2017) in the Netherlands. The first had made its debut last month in a different iteration, while the latter two have been the subject of numerous leaks.

As it turns out, the leaks were pretty accurate after all. The 2017 versions of the Galaxy J5 and Galaxy J7 are full-metal Nougat-running smartphones that boast of a decidedly Galaxy S7-like design without the dual curves. The antenna bands have been redesigned on the back and both feature fingerprint scanners. 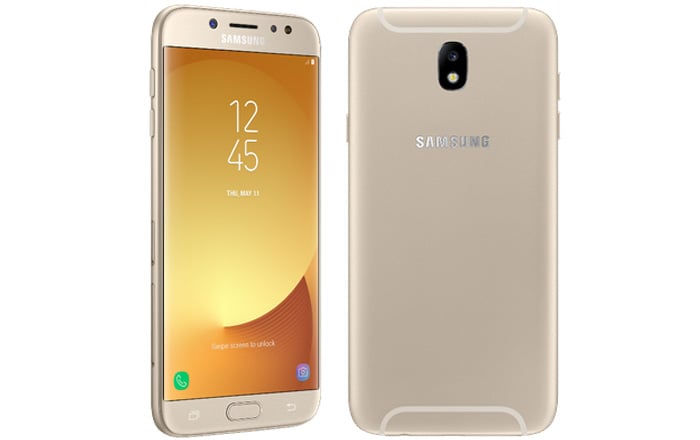 The Galaxy J7 (2017) also gets a larger capacity 3600mAh powerhouse, 3GB of RAM, IP54 certified splash resistance, and USB Type-C connectivity. Finally, the Galaxy J3 (2017) which has been announced for Europe is a bit different from the one released in the US. The newer one sports 2GB of RAM, a 5MP selfie lens, a 13MP rear shooter, and a 2400mAh battery.

Specifications of the Samsung Galaxy J7 (2017):