Samsung TouchWiz (F 480) phone soon to be launched in India

There were phones. Then there were mobile phones; then came the smart phones, and now there are the luxury phones. The categories of mobile phones are expanding and so are their functionalities. Expanding the touch-screen scenario in mobile phones in India, Samsung Telecommunication India (STI) has announced the launch of its Samsung TouchWIZ (F 480). 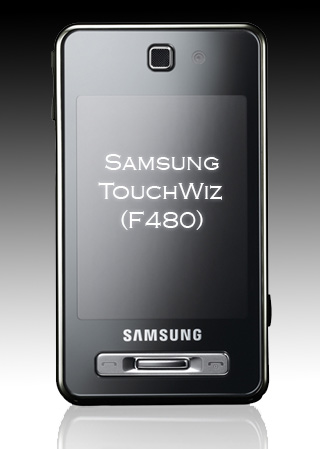 “We believe that the Samsung TouchWIZ with its sleek styling, advanced functionality and its engaging user interface is the perfect answer for consumers going in for touch screen phones.” states Dutt.

The Samsung TouchWIZ (F 480), the lifestyle mobile, features a full-touch screen, is ultra-slim and comes with the customizable ‘Drag ‘n’ Drop’ and Auto Smile Shot functions. The specialty of the drag and drop function is that it allows the user to select widgets from the left panel that include applications like clock, calendar, alarms, Music Player, FM, Games and Profiles.

The Auto Smile Shot makes the phone capture a smiling picture by automatically detecting a smile.

The user can set hot keys for the applications they use most often and thereby customize the whole mobile experience. The other features of Samsung TouchWIZ phone include 5 megapixel camera with an auto- focus-LED flash.

The phone with the metal body comes with a large 2.8-inch TFT LCD (240×320) display screen and leather cover to exude style and luxury.